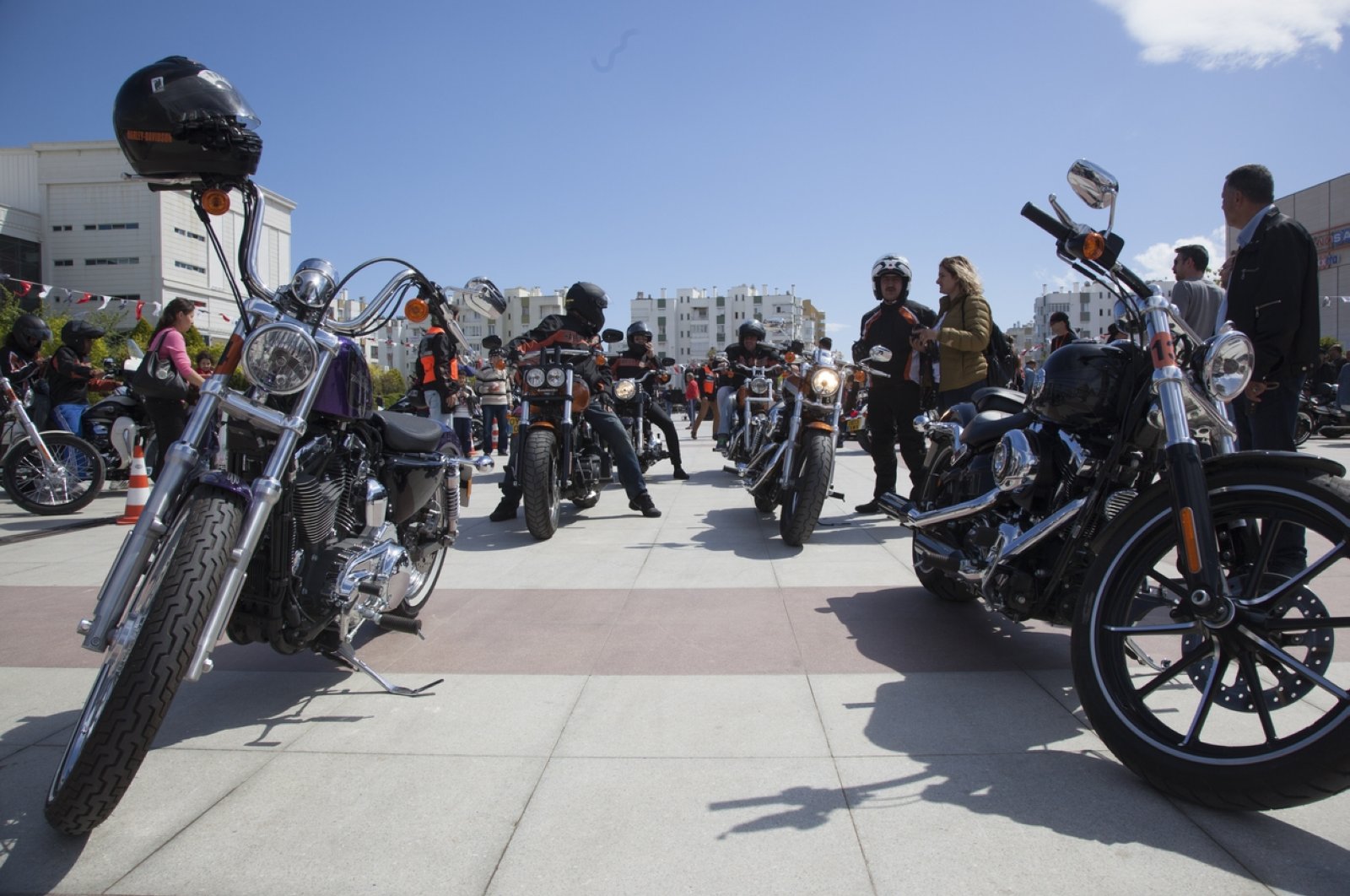 Motorcycles in a Harley Davidson convoy heading to a rally in Antalya are seen on the road, southern Antalya, Turkey, May 21, 2017. (iStock Photo by Onur Hazar Altındağ)
by DAILY SABAH Sep 14, 2020 1:43 pm
RECOMMENDED

As people tend to avoid public transportation amid the COVID-19 pandemic that introduced the world to concepts such as social distancing measures, motorcycle sales have jumped in Turkey. The share of those who bought motorcycles for the first time consisted of some 80% of the total sales in the first seven months of the year, while sector representatives anticipate closing the year with growth close to 15%.

The market growth has already reached 20% in the first seven months with some 117,000 motorcycles sold during this period.

“We entered 2020 with a contraction forecast. However, with the pandemic, those who do not want to use public transportation have turned to motorcycles, which are more affordable than automobiles, significantly increasing sales, especially in motorcycles below 250 cc (cubic centimeters),” he said, adding that the number of customers who had never used a motorcycle in their lives and bought one during the pandemic has surged.

The government's decision to lower loan rates and expand credit card limits to revive the economy during the pandemic has also come as a positive impact on the sales, Erbaş added.

While the market in the small segment, including 0-50 cc, which was excluded from the motor vehicle tax, grew by 75% in the January-July period, the segment between 0-250 cc grew by 36%, according to the latest data announced by the Turkish Statistical Institute (TurkStat).

Erbaş pointed out that the growth in the sector originated only from small segment motorcycle sales and stated that there was a 20% contraction in motorcycles above 251 cc due to the increase in exchange rates.

The 10% additional customs tax imposed on the Far East and U.S. products in April slowed the growth in the market, as well, Erbaş said, noting: “The additional taxes imposed in April negatively affected the sales of motorcycles, the cheapest vehicle. Without additional taxes, the industry could show better sales performance not only in small cc but also in large cc.”

The additional tax expires on Sept. 30, however, Erbaş said it is not enough as with the increase of urbanization, vehicles up to 500 cc are no longer a hobby vehicle but a means of transportation, thus the special consumption tax (SCT) also needs to be restructured.

Erbaş underlined that a stable domestic market would “increase the appetite of the big brands to produce in Turkey.”