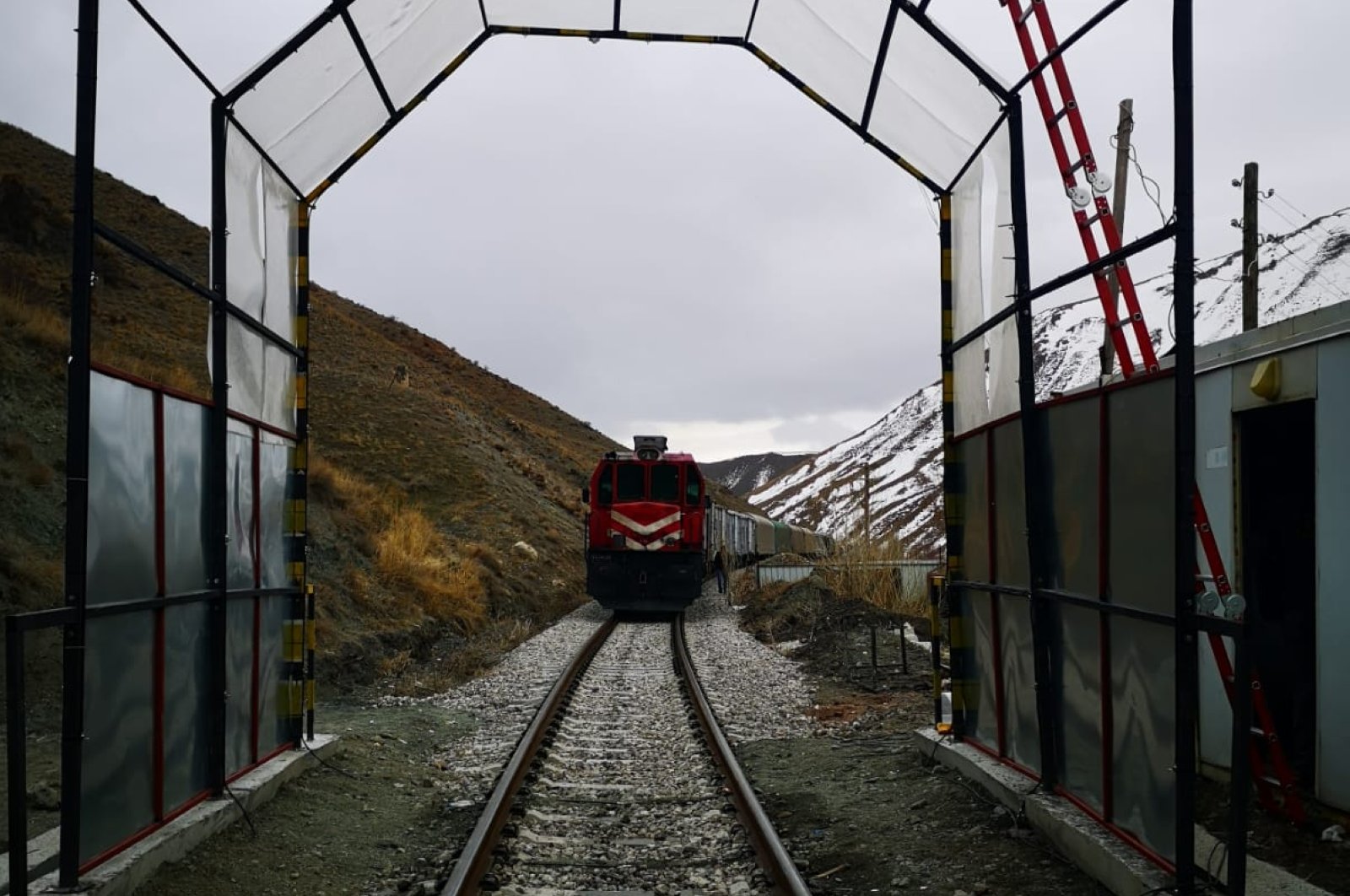 The passengers are absent amid temporary restrictions on travel to curb the spread of the coronavirus, but passengers trains – repurposed into freight trains under strict precautions – keep chugging along to keep Turkey's domestic and international trade on track, said the country's transportation and infrastructure minister.

Adil Karaismailoğlu, told Anadolu Agency (AA) on Wednesday that the intercity trips were restricted in the first stages of the virus’s spread in the country and passenger travel was temporarily halted on high-speed, main and regional trains starting from March 28. By allocating this idle capacity that resulted from those restrictions, to freight trains, the country can still meet the logistics needs of industrialists, manufacturers and exporters, Karaismailoğlu said.

Even though it is not possible to carry passengers for the time being, Karaismailoğlu said, the government is working to provide all necessary products for the citizens while keeping trade options open.

Trade with Iran has resumed via rail without human contact, after transportation to the virus-hit country via trucks had previously come to a near halt.

There is a strong demand for transportation especially on Iran and Baku-Tbilisi-Kars (BTK) railway routes, Karaismailoğlu noted.

BTK connects Turkey, Azerbaijan and Georgia, establishing a freight and passenger link between Europe and China and was initially launched in October 2017.

He said the staff is not allowed to cross the borders of their country, thus all the freight came in and out from the country without human contact, and the wagons are also being disinfected each time they enter the country. A wagon disinfection system was already put into operation at Kapıköy Border Gate in eastern Turkey’s Van province along the Iranian border.

The minister said that as of April 8, Turkey's railway authority, Turkish State Railways (TCDD), has delivered 42,645 tons of freight to Iran via the Iranian railroad border gate with a total of 1,130 wagons, while some 20,924 tons of freight via 529 wagons entered the country via the same border without human contact.

Meanwhile, the amount of cargo carried via BTK has exceeded 46,000 tons within almost a month.

The BTK railway line, which carries only freight, was temporarily prohibited from crossing the border gates, beginning Feb. 23, due to concerns about the spread of the virus, but cargo transportation resumed along the line on March 5.

Exported goods consisted mainly of various construction materials, Karaismailoğlu said, noting that an average of 7,500 tons of cargo per day was also carried to Europe via the Kapıkule border.

Karaismailoğlu said that although no human contact is allowed, all cargo trains are disinfected both before and after the trips.