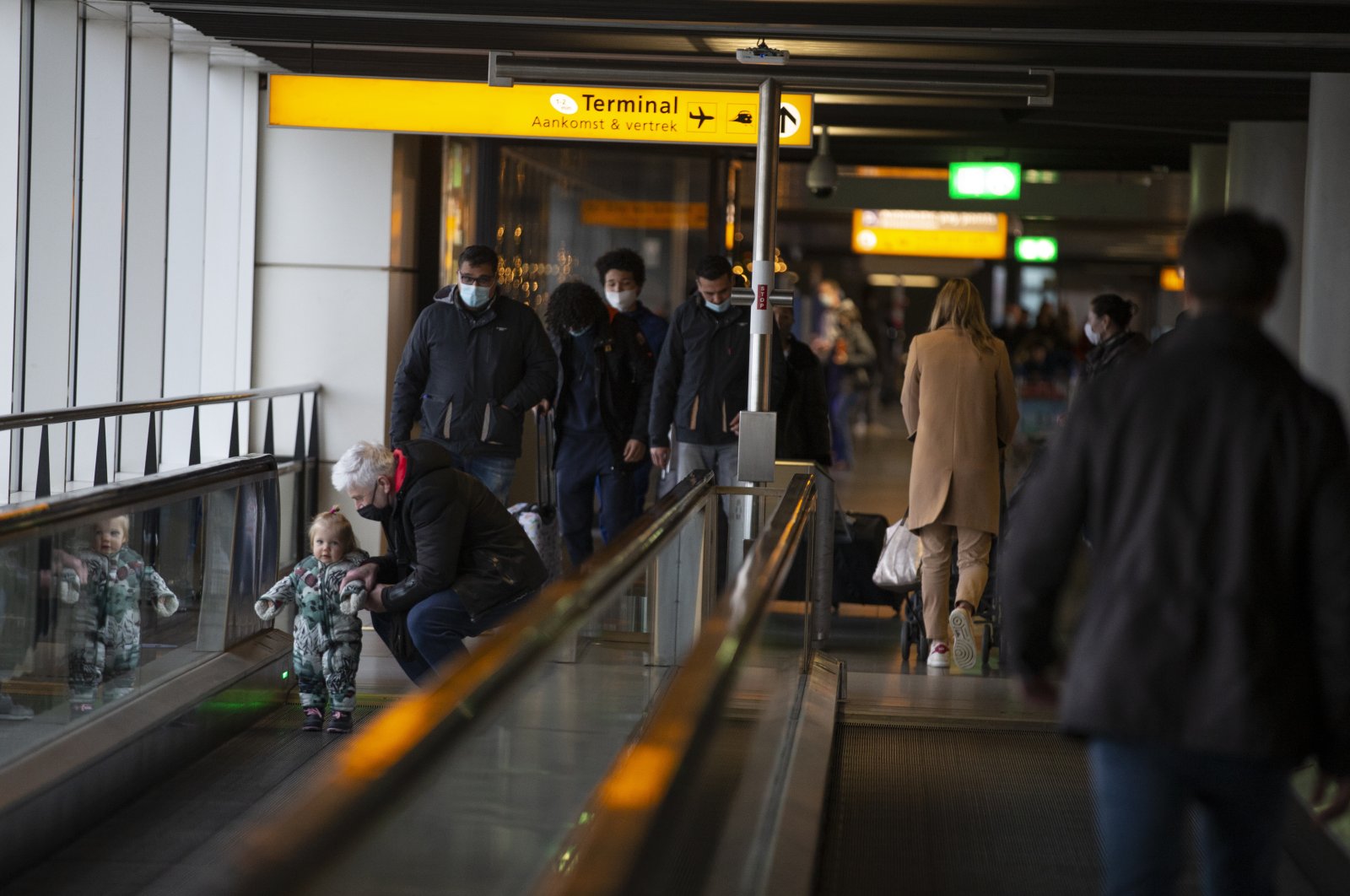 Countries around the world began banning flights from the United Kingdom on Sunday and the World Health Organization (WHO) called for stronger containment measures as the British government warned that a highly infectious new strain of the virus was "out of control."

As the WHO urged its European members to strengthen measures against a new variant of COVID-19 circulating in Britain, European nations including Germany, Ireland, Bulgaria, Italy, Austria, Romania, the Netherlands, Belgium, France and Sweden said they were moving to block air travel. Beyond Europe, Israel and El Salvador also said late Sunday they were banning flights from the U.K. – the first nations outside of Europe to take measures against the new virus strain.

A German government source said the restriction could be adopted by the entire 27-member European Union and that countries were also discussing a joint response to overseas, road and rail links with Britain.

Rome and Berlin said on Sunday they would both be suspending flights to and from Britain from midnight.

The Netherlands imposed a ban on U.K. flights from 6 a.m. (0500 GMT) on Sunday and Belgium said it would follow suit from midnight with a ban on planes and trains from the U.K., with Ireland joining in as well, banning them for at least 48 hours.

Austria said it would also halt flights from the U.K., but there were no immediate details on the timing of the ban, the Austria Press Agency (APA) reported. The Czech Republic, meanwhile, imposed stricter quarantine measures on people arriving from the U.K.

Italy also announced that they'll suspend flights from Britain in response to the new strain spreading, Health Minister Roberto Speranza said on Sunday. Anyone who has transited through Britain in the last 14 days is also prohibited from entering Italy, he said on Facebook.

"The COVID variant, recently discovered in London, is worrying and will need to be investigated by our scientists. In the meantime we choose the path of maximum prudence," the minister said.

Bulgaria announced on Sunday as well that they are suspending flights until Dec. 31.

France joined the growing list of countries to ban travel to the U.K., announcing that from 11 p.m. local time Sunday, passenger and human-handled freight transport from Britain to France would be suspended for the next 48 hours. France's prime minister's office stated that the 48-hour suspension will be used to discuss a new testing regime in collaboration with EU partners before reopening borders with the U.K.

Following France's announcement, Sweden also stated that it will restrict travel from Britain. "We are preparing a decision to ban entry from the U.K. It should come into effect as soon as possible Mikael Damberg, Minister for Home Affairs told SVT. Sweden's formal decision is scheduled to be taken on Monday.

The EU countries say their response comes in reaction to tougher measures imposed Saturday in London and surrounding areas by British Prime Minister Boris Johnson. Johnson immediately placed the regions under a new Tier 4 level of restrictions, saying that a fast-moving new variant of the virus that is 70% more transmissible than existing strains appears to be driving the rapid spread of new infections in London and southern England.

“There’s no evidence to suggest it is more lethal or causes more severe illness,” the prime minister stressed, or that vaccines will be less effective against it.

As countries halted air and rail service to Great Britain , the news of new coronavirus variant has prompted Londoners to leave the capital.

Britain has alerted the World Health Organization that the new variant identified this week appears to be accelerating the spread of COVID-19, saying it accounted for some 60% of the capital's cases.

Viruses mutate regularly, and scientists have found thousands of different mutations among samples of the virus causing COVID-19 but many of these changes have no effect on how easily the virus spreads or how severe symptoms are.

Britain has seen over 67,000 coronavirus deaths, the second-highest confirmed toll in Europe after Italy. The Netherlands has recorded over 10,500 COVID-19 fatalities.