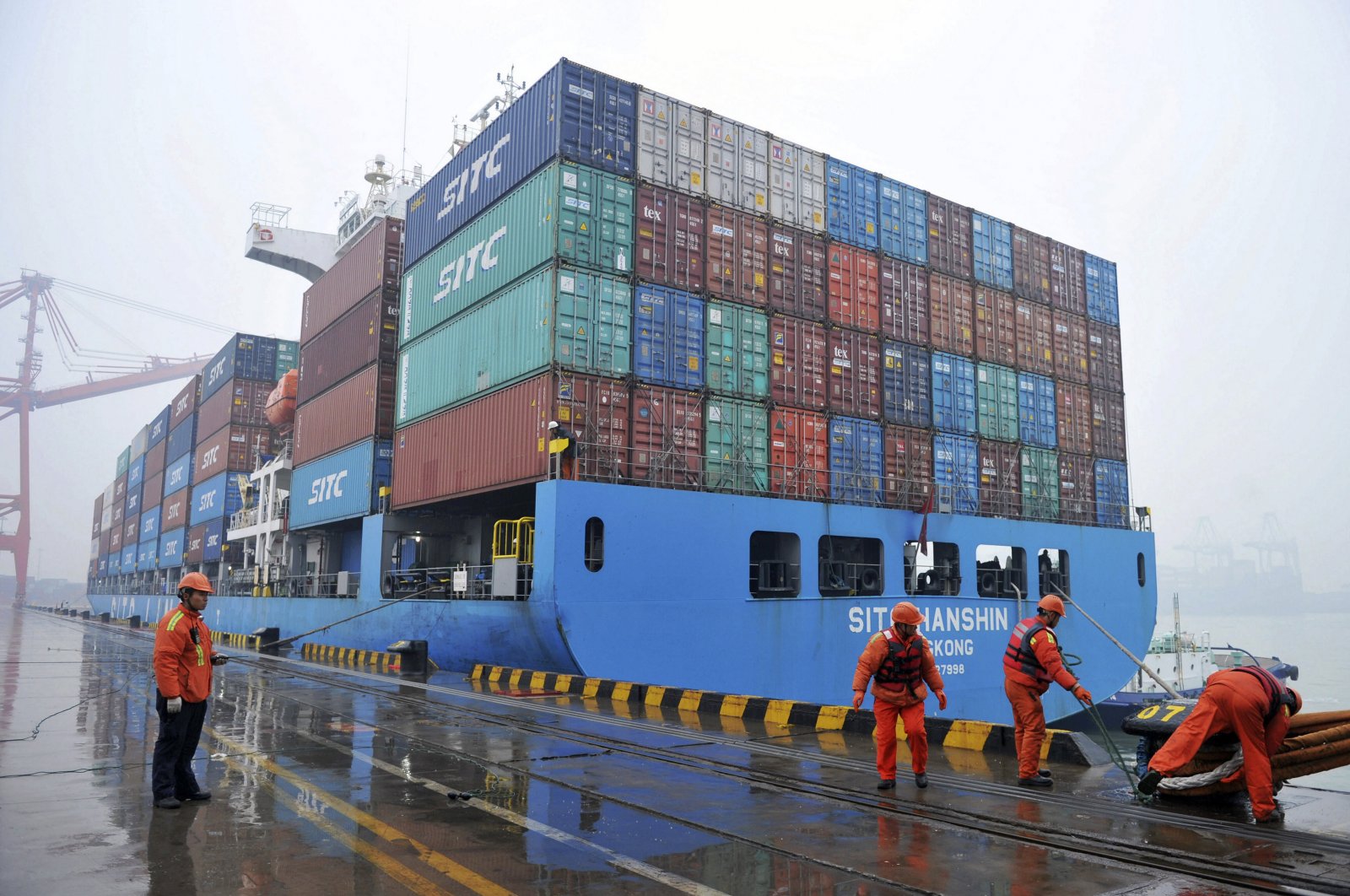 In this file photo workers can be seen mooring a container ship at a port in Qingdao in East China's Shandong province, Jan. 11, 2019. (AP Photo)
by Daily Sabah with DHA Mar 09, 2020 2:55 pm
Edited By Ayşe Betül Bal
RECOMMENDED

Costs of transporting goods from China to Turkey jumped sharply due to crucial logistics bottlenecks created by the coronavirus epidemic as Turkish importers said freighting costs have risen to the $3,000 levels from $1,800 along with monthslong delivery delays.

China is the largest container cargo handler, processing around 30% of global traffic or around 715,000 containers a day in 2019. The virus clampdown impacted supply chains of everything from sneakers and machine parts to technology components and food items.

Turkey, which has a trade volume of $21 billion with China, was also deeply affected by the shipping backlog and production delays in the Asian country. Turkish importers said the stock availability in the country dropped to low levels for many products, ranging from sneakers and automotive components to electronics and chemicals.

Although workers gradually started to return back to work in China, many factories still continue their operations at around 30% capacity, causing severe production delays for the Turkish imports. Importers said logistic stress is also an important factor, especially the rising costs of transporting goods to the country.

Shipping consultancy Alphaliner estimated that 46% of scheduled departures on major Asia to North Europe route had been canceled in February.

Ergün Kurluk, responsible for the distribution of an air conditioning brand produced in China, said his company’s orders given in December have reached Turkey only recently due to the logistics errors.

He said the company managed to transport three containers of products to Turkey, and another container was being delivered with an extra month of delay because they could not find a truck driver to deliver it.

“The products that used to be supplied within 60 days are now being supplied between 180 and 270 days,” Kurluk told Demirören News Agency (DHA).

He said the production and delivery delays would cause price hikes for imported seasonal products such as air conditioners as available stocks would last until May.

Meanwhile, trade curbs, lack of raw materials and delayed payments took their toll on Chinese companies engaged in foreign trade as well. According to a survey by the Chinese Commerce Ministry, more than 90% of roughly 7,000 foreign trade companies faced delays in shipping and payments as well as significant risks of canceled orders and rejections in product delivery and payments because of the outbreak.