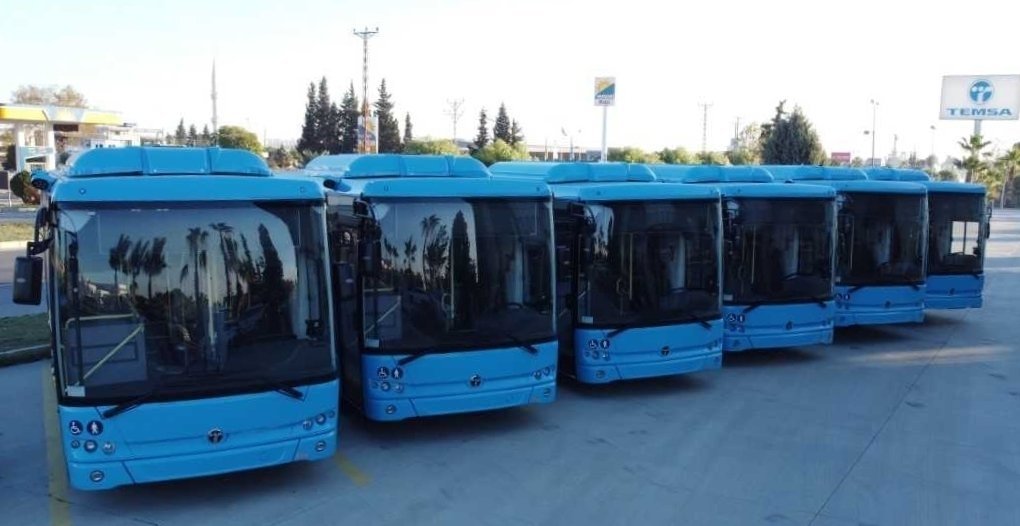 MD9 electriCITY electric vehicles manufactured by Temsa are parked at the company's facilities in Adana, southern Turkey, Nov. 27, 2020. (Photo by Temsa via AA)
by DAILY SABAH WITH AA Dec 18, 2020 10:42 pm

Automotive manufacturing company Temsa, a joint company of Turkish conglomerate Sabancı Holding and the Netherlands-based PPF Group, exported electric buses to Belgium, according to a press release on Friday.

The company made its very first exports of electric busses to Sweden with its electric urban bus brand MD9 electriCITY, the press release said.

As part of the first delivery, four buses were exported to Belgium, while in April, an additional 22 buses will be exported and the total exports will reach 40 units in 2021.

Temsa CEO Tolga Kaan Doğancıoğlu, whose views were included in the company statement said: “It was very meaningful for us that Temsa made its first electric vehicle export to Sweden. We are very happy that Belgium is our second export route after a few weeks.”

He said that the vehicles they produce in the southern Turkish province of Adana will be on the roads of a country that will play an important role in terms of future exports in neighboring countries like Belgium, the Netherlands and Luxemburg.

“We design the next generation mobility solutions of tomorrow with our wide range of products covering all segments with R&D studies, where we allocate approximately 5% of our turnover every year, and we continue to work for a better future with the vision of smart mobility that shapes the future,” he said.