Turkey invests $120B in transportation and communication in 17 years 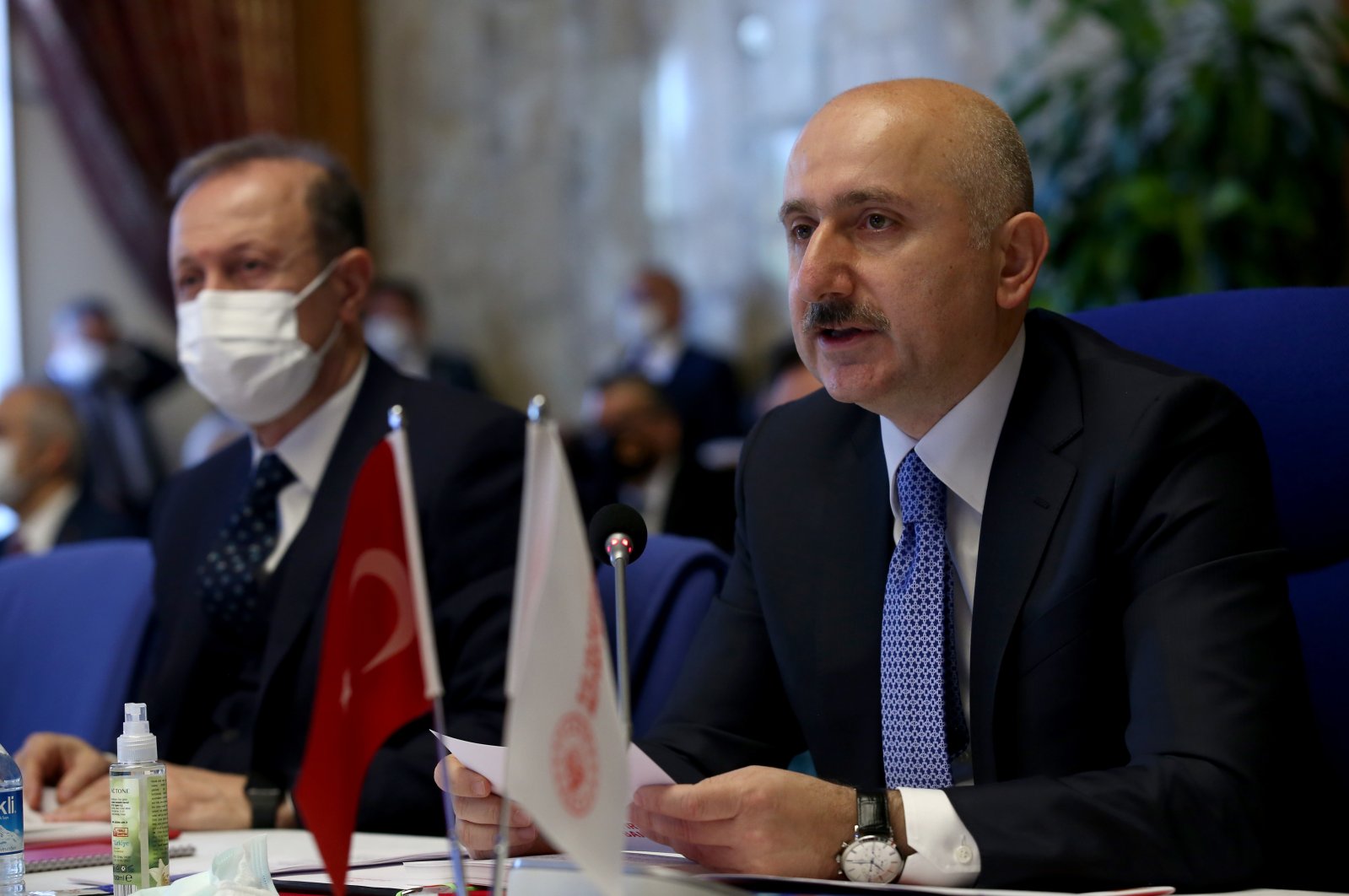 Turkey has implemented a series of significant, large-scale projects in the fields of transportation and communication by investing TL 910.3 billion ($120 billion) since 2003, Transport and Infrastructure Minister Adil Karaismailoğlu said Thursday.

The minister was speaking at Parliament during the 2021 budget presentation for the Planning and Budget Commission.

Karaismailoğlu said the country’s transformation points to an ambitious process shaped by mobility, digitalization and logistics and focused on holistic development in the fields of transportation and communication, creating a new and effective way to integrate Turkey's geography with the rest of the globe.

Pointing out that the main motivational source will be the added value they provide to this development scheme, Karaismailoğlu noted that “the welfare and happiness of our people can only be established by holistic development.”

Karaismailoğlu stressed that to complete the projects faster, alternative financing sources are on the table, including cooperation with the private sector.

The projects that benefited from the mobilization of the Public-Private Partnership have totaled around TL 214.7 billion in value, and 86% of the investments in question have been completed, the minister said.

Karaismailoğlu said there are currently 463 projects worth a total of TL 638.2 billion in their investment portfolios.

The minister pointed out the geographical and economic advantages of the country as it is located in a region that enables it to reach a wider population of 1.6 billion throughout 67 countries with a total gross domestic product (GDP) of $39.4 trillion and trade volume of $8.51 trillion.

Karaismailoğlu went on to say that the investments provide considerable savings for the country's economy, and thanks to the investments, the country saved $13.4 billion in 2019 alone as a result of the efficient use of both human and material resources.

“Thanks to the shortened roads, the transition to the railroad and the airways with fewer fuel and maintenance expenditures, we saved $3 billion in terms of vehicle wear-out. Apart from this, we saved $1.2 billion in fuel. Thanks to the reduction of fatal accidents with safe transportation infrastructure, we saved 12,353 lives," he said.

Citing the transition to environmentally friendly transportation modes such as high-speed trains and urban rail systems, Karaismailoğlu said Turkey saved $10.3 million worth of CO2 emissions. He noted that the switch to paperless systems saved an additional $20 million in paper use.

Karaismailoğlu emphasized that despite the pandemic, there was no decline in domestic freight transport by rail. He noted that international transportation was bolstered by the advantage of "contactless transportation" initiated at border gates.

Karaismailoğlu said they expect an increase of 116% in transportation carried out on the Baku-Tbilisi-Kars (BTK) line, a 63% increase in transportation on the Iran line and a 15% increase on the European line. He also said that the investments in railways will maintain the pace without interruption in order to convert Turkey's geographical advantage into an economic one.

The minister said they are working to convert 30% of the 5,000 unit trains that are expected to enter Europe by passing through the Northern Route that traverses Russia and China over Siberia. He added that they aim to operate 1,500 unit trains yearly on the Middle Corridor and the BTK, and to reduce the 12 days of railway travel time between China and Turkey to 10 days. He said their 2020 freight transport target is 35.28 million tons amid the pandemic.

Also speaking about the domestic lines, Karaismailoğlu noted that they achieved 95% in physical progress on the infrastructure construction work of the Ankara-Sivas high-speed line. He stated that with the completion of the project, the railway travel time between the capital Ankara and central Sivas province will be reduced from 12 hours to two hours.

He said they are also planning to build a new double-line, electric high-speed train line between Bursa, Yenişehir and Osmaneli in the country’s northwest, which will connect to the Ankara-Istanbul high-speed line.

"This line will increase the industrial performance of the northwestern provinces of Bursa and Bilecik," the minister said. “With this high-speed train line, the automotive, machinery, mining and chemical sectors in the surrounding provinces will be served and the productions in the regions will be transported by rail.”