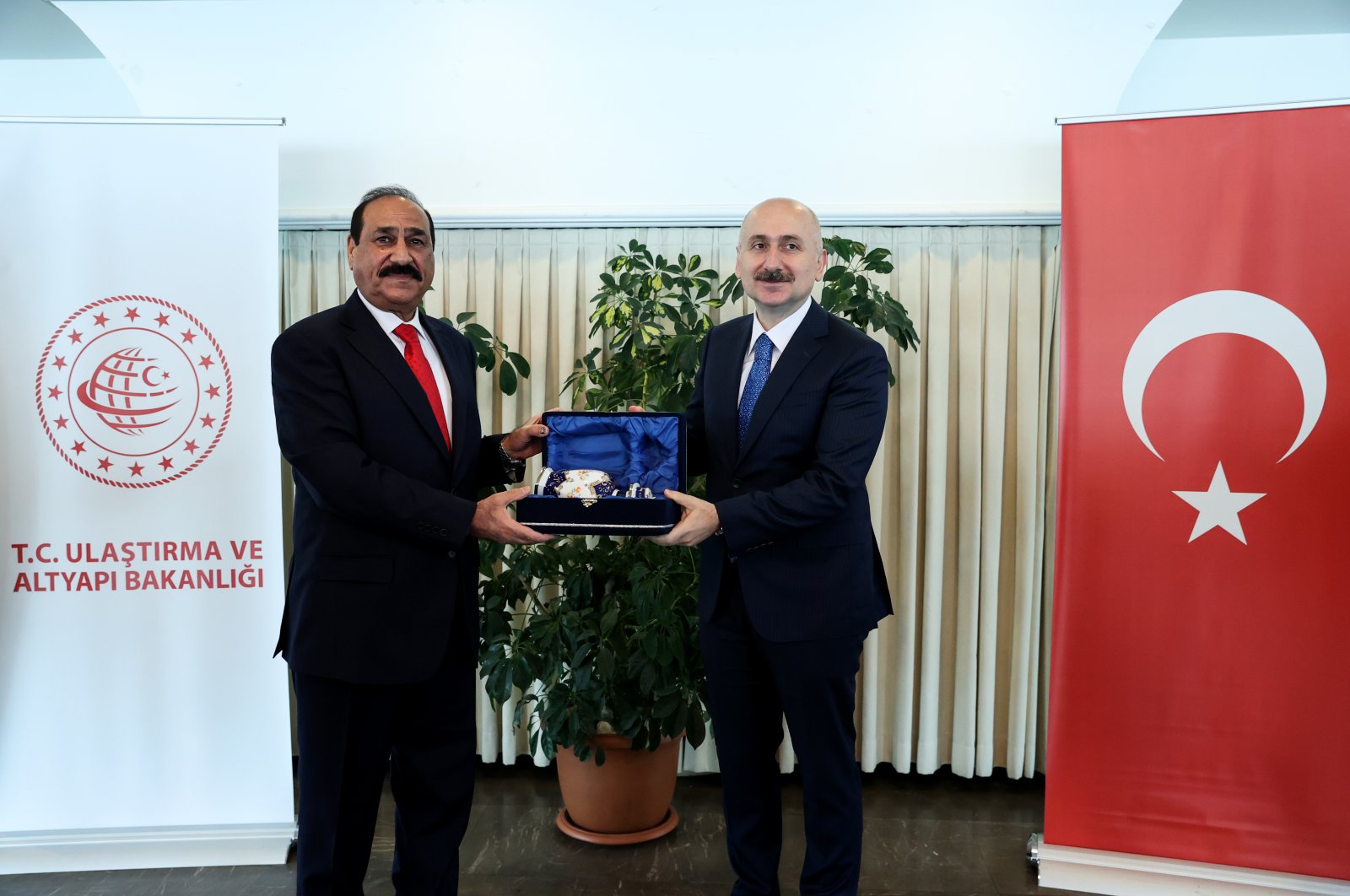 “Opening a new land border crossing between our countries and establishing a direct railway connection is our priority,” Adil Karaismailoğlu said at a news conference in Istanbul ahead of his meeting with Iraqi counterpart Nasser Hussein Bandar.

Turkey wants to launch projects to improve the well-being and quality of life of the Iraqi people, Karaismailoğlu said.

The two ministers were to discuss joint steps in the fields of motorways, railways and aviation.

For his part, Bandar also said the two countries are willing to cooperate in these fields.

“The most important of these is what we will do in the railway,” the minister said.

He said they are planning a railway line that runs from Al Faw Grand Port in the southern province of Basra to the capital Baghdad and then to the Turkish border, without providing further details.

“Currently, our work on this railway continues. We bought some large construction machinery and vehicles from Turkey. We imported large trucks to transport crude oil from north to south,” Bandar noted.

The long-planned and repeatedly delayed giant commodities port is one of several projects that Iraq hopes will create a shorter transportation corridor between the Middle East and Europe, bypassing the Suez Canal.

For now, to receive commodities ships, Iraq has to rely mainly on the port of Umm Qasr in the south of the country, which sits at the top of the strategic Gulf waterway.

The port of Faw will be deeper, allowing it to receive the largest container ships.

Separately, the governor of Mosul in September said a railway line would be built between Iraq’s northern city and Turkey with the support of Turkish companies.

Najim Al-Jubouri said the rail line to be built from Mosul’s center towards the Turkish border should reduce the intensity at the land border crossing.

For international trade and transitions between Turkey and Iraq, the Habur border gate is currently in use.

Bandar further said Iraq’s aviation problems will be fixed with the help of Turkey.