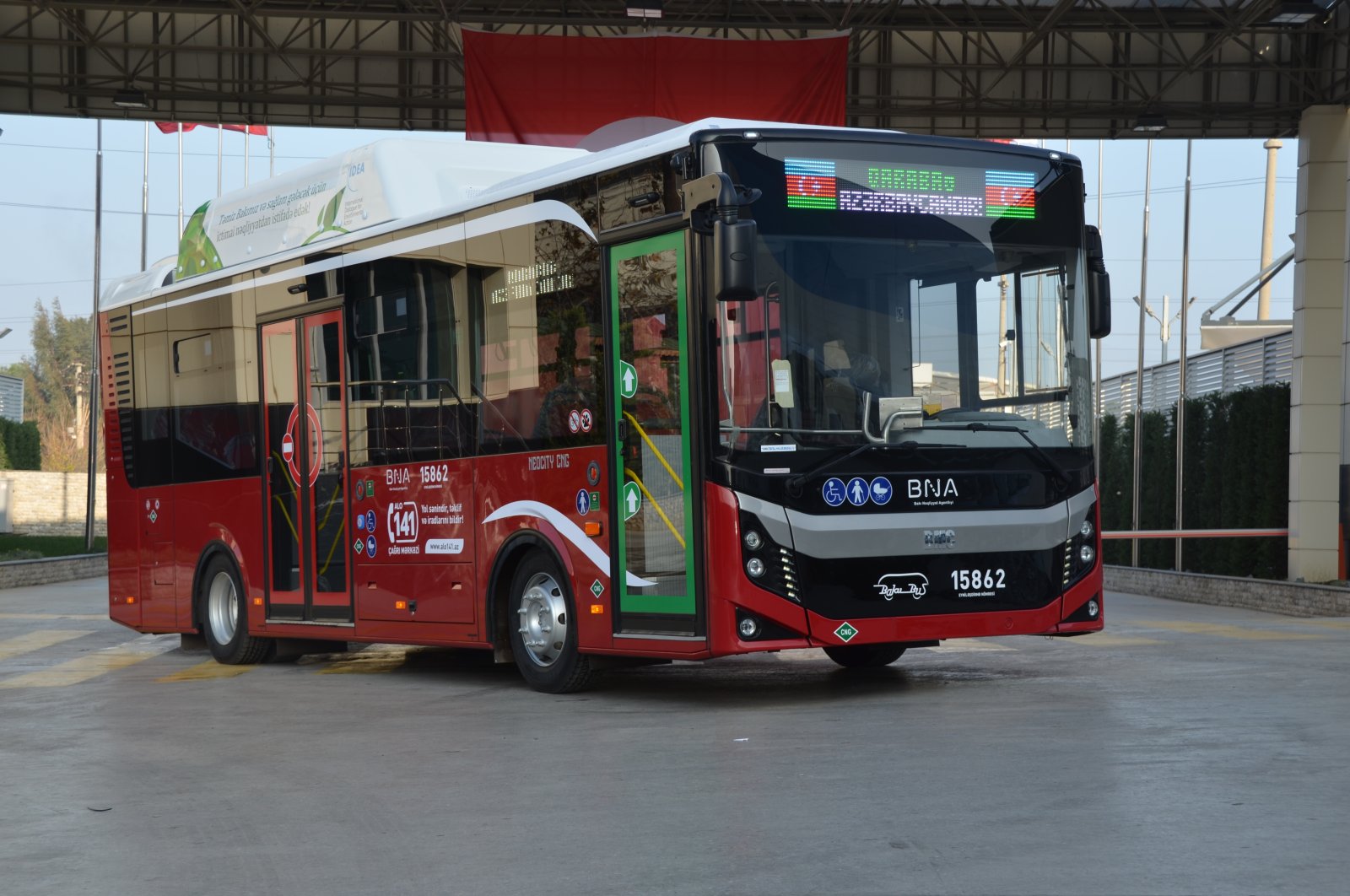 BMC, one of Turkey's largest commercial and defense vehicle producers, is set to export buses to Azerbaijan as part of a newly inked deal between the company and the Baku Transport Agency (BNA).

The agreement was signed during President Recep Tayyip Erdoğan’s recent visit to the Caspian state which saw several deals inked between the two countries.

A delegation from the BNA visited the BMC facilities in the Pınarbaşı neighborhood of western Turkey’s Izmir province to examine and test BMC buses on site, the report said.

BMC board member Taha Yasin Öztürk and BNA Chairperson Vusal Karimli also planted olive trees in honor of the motto “Healthy Future and Eternal Brotherhood” during the visit, emphasizing the close ties between the Turkic countries and symbolizing peace following Azerbaijan's recent victory over the occupied lands of Nagorno-Karabakh.

The BMC buses, which received Europe's "Best Design Award," are integrated with advanced technology, ensuring the comfort and safety of both the driver and passengers.

The buses are far easier to maneuver, allowing for easy travel through even the narrowest of city streets, and are environmentally friendly thanks to the use of CNG.

BMC buses have been a part of Azerbaijan's transportation sector for a while now, with the new agreement set to expand their use.