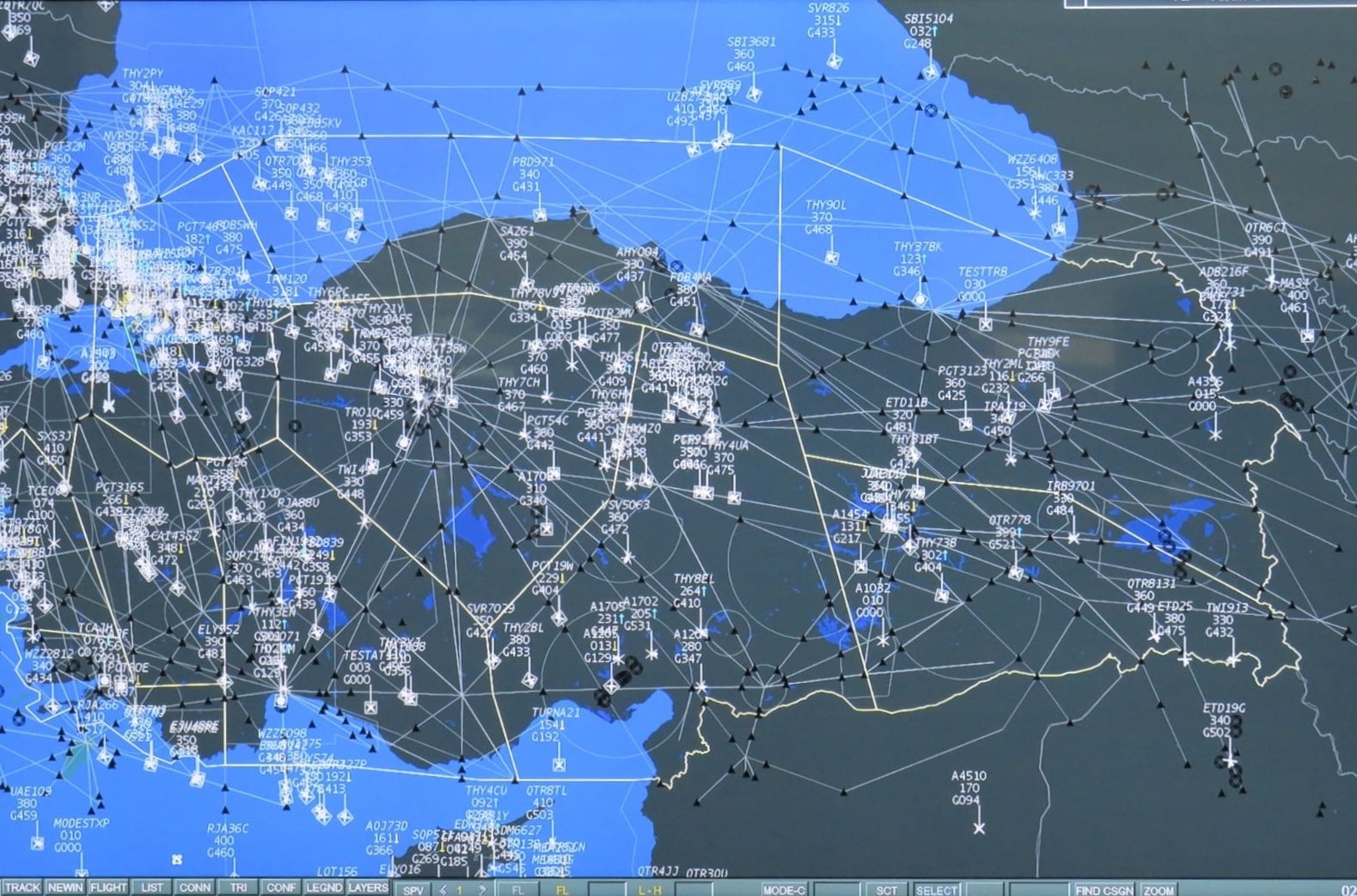 Turkey’s State Airports Authority (DHMI) Air Traffic Control Center ranked first in Europe with 324,706 flight traffic managed in the first six months of this year, according to data from the European Organization for the Safety of Air Navigation (Eurocontrol), as air traffic shows signs of returning pre-pandemic conditions.

Commenting on the data, Turkey's Transport and Infrastructure Minister Adil Karaismailoğlu told Anadolu Agency (AA) that the pandemic period had a devastating effect on world aviation, but that things have now begun to return to normal.

Turkey’s air traffic peaked with 3,629 flights on July 4. "In other words, one flight took place in our airspace every 23 seconds,” Karaismailoğlu said.

He said that the data shows the density of Turkish airspace, especially when considering military aircraft training flights, and indicates that Turkish airspace and aviation are quickly returning to pre-pandemic levels.

“The DHMI Air Traffic Control Center, which provides air traffic control service to aircraft using Turkish airspace, is one of the best places in Europe in terms of managing flight traffic in the first six months of the year. It took the first place, outpacing other big transport centers,” Karaismailoğlu said, expressing his pride for such achievements.

“Success does not happen by chance, we work hard, and we get rewarded,” he also said.

Karaismailoğlu went on to say that Turkey has built its airlines in a way that befits “our country's goal of becoming one of the world's top 10 economies.”

“We equipped them with the latest technology per the requirements of the era. We can successfully provide control and coordination services to aircraft crossing the Turkish airspace of one million square kilometers under all meteorological conditions, and 24/7,” he said.

Karaismailoğlu added that they expect the air traffic will increase with the tourism surge in the summer months and that the industry is ready for this.