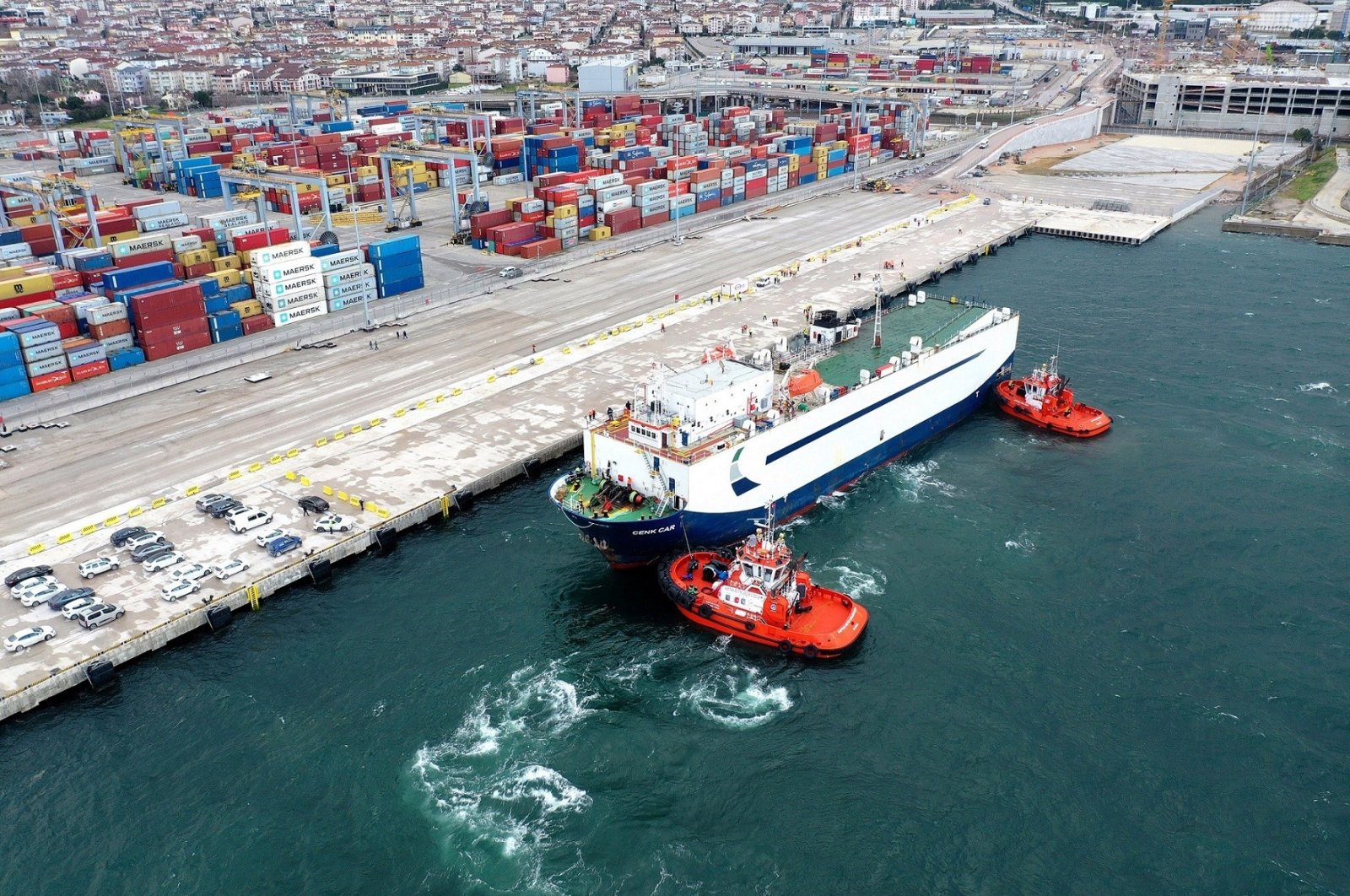 OYAK Maritime and Port Management completed the first shipment at its automotive-focused RoRo (roll-on/roll-off) port, the company said in a press release Wednesday. The first test voyage was successfully carried out in the joint port operation, which was established by Turkey's military pension fund OYAK company in partnership with the Japanese NYK Line (Nippon Yusen Kaisha) in the Körfez district of northwestern Kocaeli province.

The first international test voyage left from Constanta in Romania and was successfully completed in the Körfez district.

The RoRo port, which has been under construction since 2019, is expected to become the export and import gate for international automobile brands after its official opening in the coming days.

The port will meet the needs and demands of the automotive industry, thus making an important contribution to Turkey's economy, for which the automotive sector is seen as one of the driving forces.

The port, which will only serve the automotive sector with an annual handling capacity of 780,000 vehicles and a total indoor parking lot of 265,000 square meters, is dubbed the biggest such port.

Stating that the successful completion of the first test voyage is a historic moment for the international automotive industry, OYAK General Manager Süleyman Savaş Erdem, whose views were included in the company statement, said: "We successfully left behind a very important step in the journey we started in 2018 with NYK Line, one of the oldest and largest shipping companies in the world. We were also proud that all processes of the first expedition were carried out in cooperation with OYAK Group companies. I wish our port, which will change the route of international automotive logistics in a short time and become a hub, will be beneficial to our country."

Besides, the OYAK statement noted, a policy change is planned to reduce road transport and to encourage sea transport in the European Union, which is Turkey's most important export market.