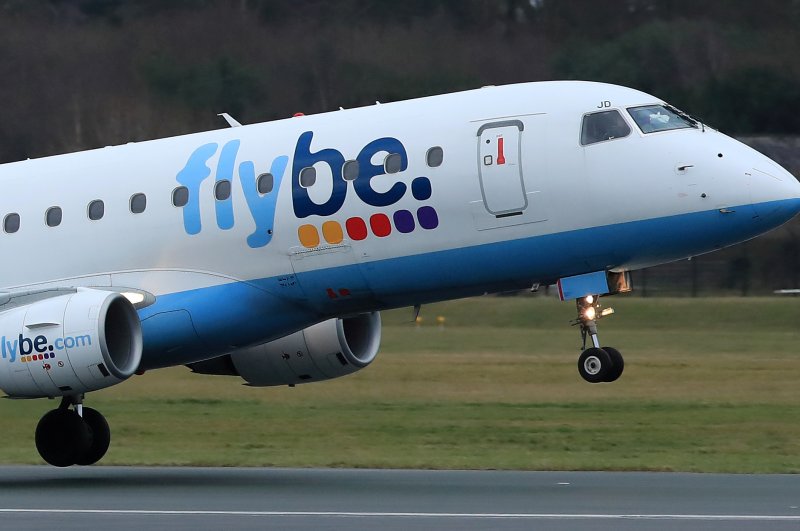 The failure of an airline that connects all corners of the United Kingdom with major European destinations not only puts around 2,400 jobs at risk but could also see some airports struggle and business travel restricted.

"All flights have been grounded and the U.K. business has ceased trading with immediate effect," Flybe said after the government walked away from a rescue package agreed upon in January.

Flybe's collapse also causes a problem for Prime Minister Boris Johnson who had promised to "level up" Britain by investing in regional transport links.

The operator, described as the largest independent regional airline in Europe, carried around 8 million passengers a year between 81 airports and was owned by a consortium of Virgin Atlantic, Stobart Group and Cyrus Capital.

It becomes the first major airline to go out of business since the emergence of coronavirus, which surfaced in China last year and has since claimed around 3,000 lives.

Airlines are racing to cut costs by canceling flights to weather a downturn that has worsened since late February when Europe's worst outbreak emerged in Italy.

British Airways, easyJet, Lufthansa and United Airlines are among those announcing cost-saving measures.

Flybe was already in financial trouble and was rescued in mid-January when shareholders agreed to invest more money alongside government support that was due to include a potential loan and a review of local flight taxes.

Johnson said in January that Flybe was important for Britain's transport links and that the government would do what it could to help the carrier.

A government spokesman said Thursday it was working closely with the industry to reduce any disruption its routes.

"Flybe's financial difficulties were longstanding and well documented and pre-date the outbreak of COVID-19," the government said in a statement.

Johnson's government has a plan to try to boost regions of Britain beyond London. Without Flybe though, some regional airports like Exeter, Birmingham and Southampton will have much poorer connections within Britain and to Europe.

Flybe's network of routes, served by its 68 aircraft, includes more than half of U.K. domestic flights outside London.

The pilot's union said airline staff had been betrayed.

Stobart and Virgin Atlantic said they were deeply disappointed that Flybe had been unable to secure a viable future. They said the outbreak of coronavirus meant the consortium could no longer commit to financial support.