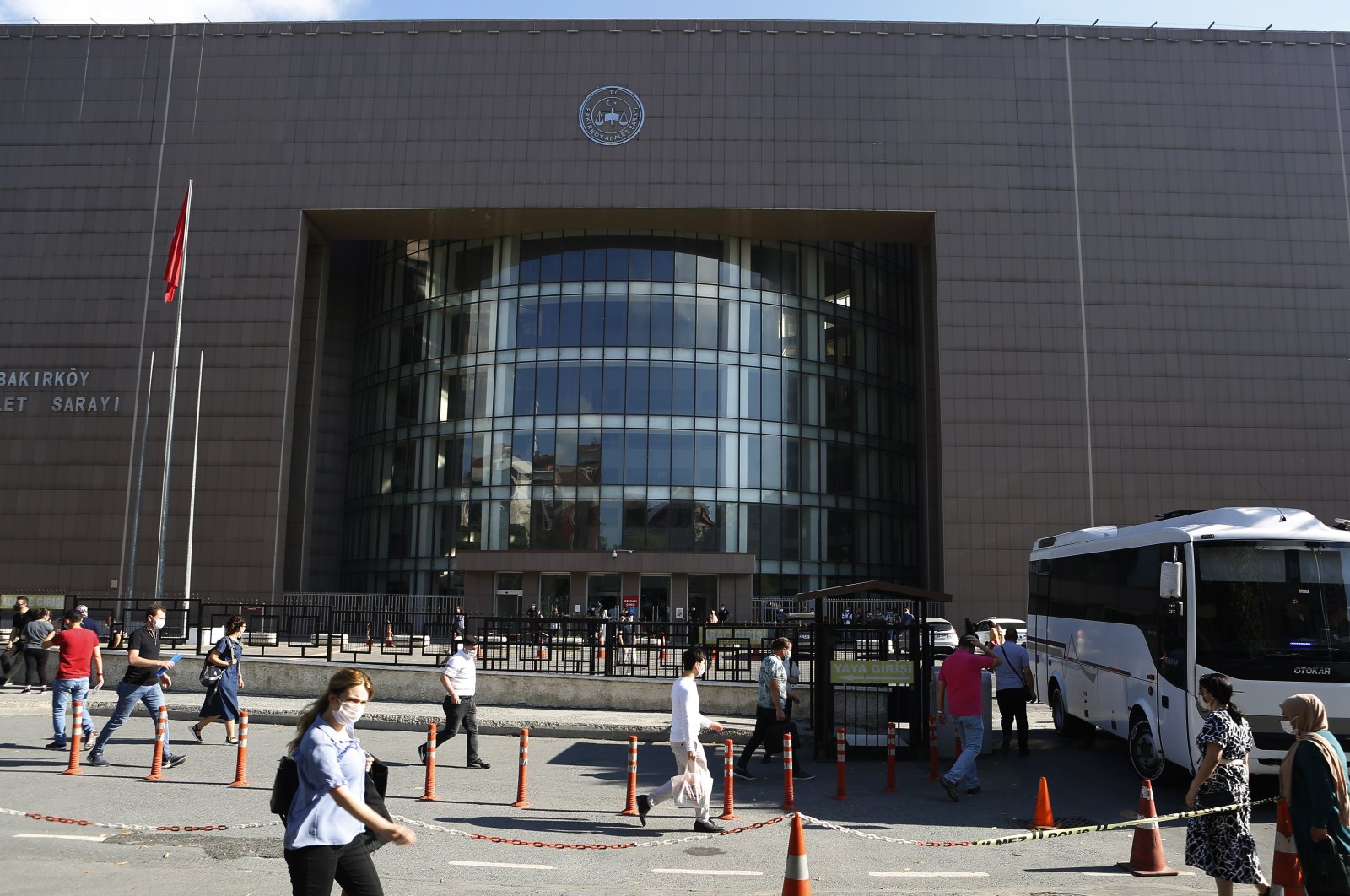 People walk outside a court building in Istanbul where the trial began for defendants accused of smuggling former Nissan Chairman Carlos Ghosn out of Japan to Lebanon, via Turkey, Friday, July 3, 2020. (AP Photo)
by Daily Sabah with AP Jul 03, 2020 12:46 pm
RECOMMENDED

Turkish prosecutors are seeking up to eight years in prison each for the four pilots and the airline official on charges of illegally smuggling a migrant and for helping Ghosn escape to Lebanon while he awaited trial in Japan. The two flight attendants face a one-year prison term each if convicted of not reporting a crime.

Ghosn, who was arrested over financial misconduct allegations in Tokyo in 2018, skipped bail while awaiting trial late last year. He was flown to Istanbul and was then transferred onto another plane bound for Beirut, where he arrived Dec. 30. He is believed to have been smuggled inside a large box.

The MNG Jet official and four pilots were detained in early January shortly after the escape.

The four pilots and two flight attendants have denied involvement in the plans to smuggle Ghosn. They also denied knowing that the former Nissan chief was aboard the flights.

The company employee and four pilots are currently being held in jail, while the flight attendants have been released pending the outcome of the trial.

Separately, a former U.S. Green, Beret Michael, Taylor, 59, and his son, Peter Taylor, 27, were also arrested in the United States on charges that they helped smuggle Ghosn out of Japan.

The two Americans are wanted by Japanese officials on charges that they helped Ghosn escape. Tokyo prosecutors Friday said they have asked the U.S. to extradite the two Americans. The request is based on a bilateral extradition treaty.

“We express our deepest gratitude for the cooperation the U.S. authorities have shown to our request,” the Tokyo District Prosecutors Office said in a statement.

“We plan to cooperate in all ways possible so the extradition procedures for the two can be carried out quickly,” it said.

The completion of the extradition request does not immediately mean Taylor and his son will be handed over.

Ghosn, who has Lebanese citizenship, said he fled to escape what he called a "rigged" justice system in Japan, where he faces charges relating to alleged financial crimes that he denies. Lebanon has no extradition treaty with Japan.