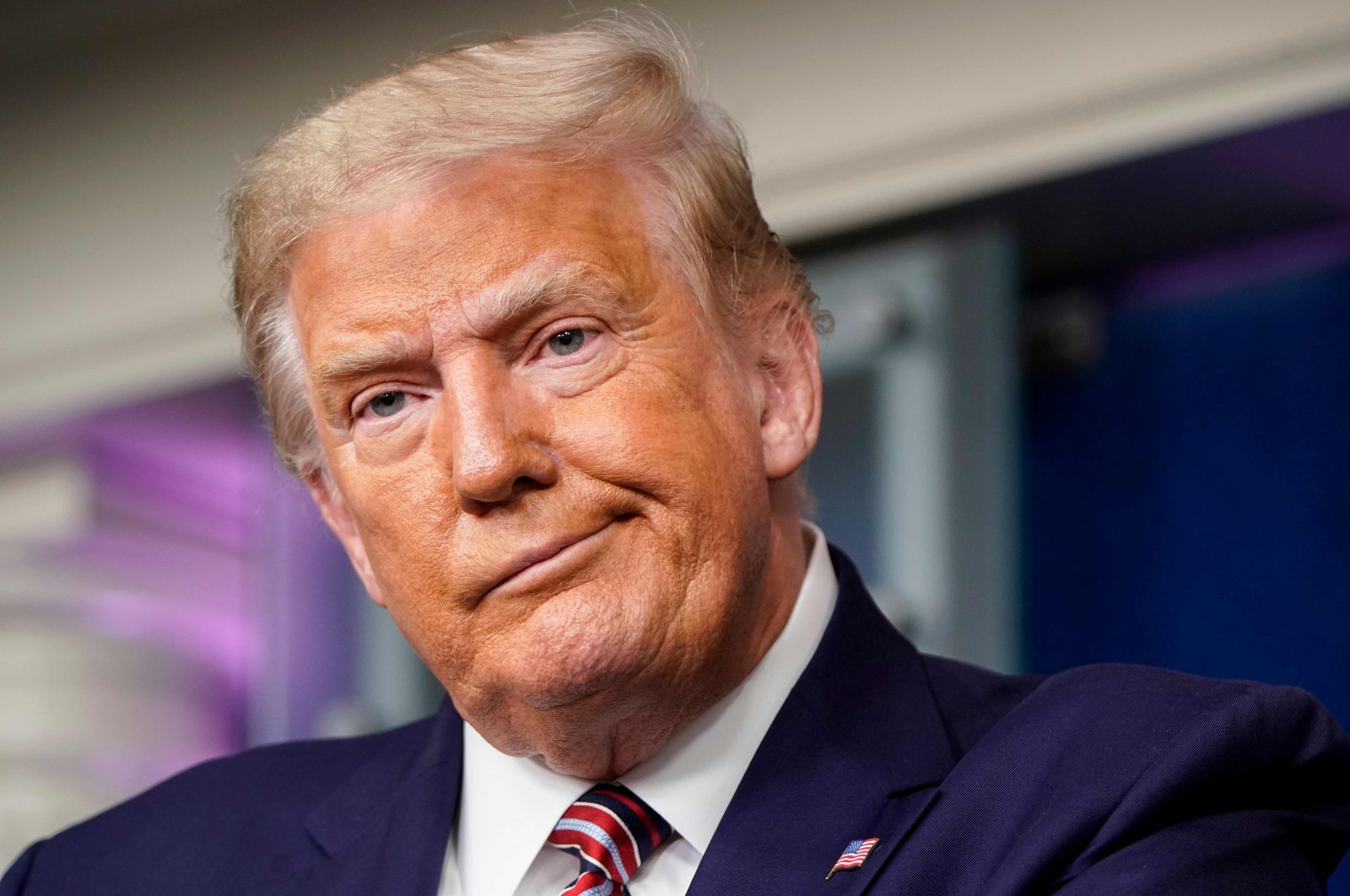 President Donald Trump reacts to a question during a news conference in the Briefing Room of the White House in Washington D.C. on Sept. 27, 2020. (AFP Photo)
by ASSOCIATED PRESS
Sep 29, 2020 2:32 pm

The tax-avoidance strategies that President Donald Trump capitalized on to shrink his tax bill to essentially zero are surprisingly common among major real estate developers and other uber-wealthy Americans.

Yet Trump characteristically pushed those strategies to the limit — perhaps to the breaking point.

“The things that Trump did are typical of wealthy businesspeople and particularly wealthy real estate developers,” said Steve Wamhoff, director of federal tax policy at the Institute on Taxation and Economic Policy.

Still, Wamhoff noted, Trump claims “the special breaks and loopholes that are available in the tax code and sometimes just takes them to a whole new level.”

Seth Hanlon, a senior fellow and tax analyst at the left-leaning Center for American Progress, suggested that given all the tax breaks available to him, it wasn’t surprising that Trump paid so little in taxes.

But, Hanlon added, "it’s still pretty shocking to see it."

U.S. tax law has long been kind to big real estate developers. It allows them myriad legal loopholes and breaks that can significantly shrink their tax bills. The law became even more beneficial to them after Trump’s Republican allies in Congress pushed through his $1.5 trillion tax overhaul, which took effect in 2018.

The Times reviewed Trump’s tax returns for 2000 through 2017, so its report didn’t capture the impact of the 2018 law. But Martin Sullivan, chief economist at Tax Analysts, said, “It is much easier now for a real estate developer to avoid taxes than it was five years ago.”

Even before the 2018 law, developers could claim losses more quickly and easily than other businesses. They can also more easily delay or avoid reporting profits to the Internal Revenue Service. Even if they fall behind on their debts, they face fewer tax penalties than other investors do as long as their creditors forgive their debts.

Trump took full advantage of those tax breaks after failing to handle debts on his failing Atlantic City casinos in the 1990s and early 2000s. Even so, experts say it’s unclear whether all his actions were permissible.

“There are a lot of things that Trump has done that may exceed what is allowed by the law,” Wamhoff said.

Wamhoff noted that the IRS has raised questions about some of Trump’s claims — in particular, a whopping $72.9 million federal tax refund that he sought and received, as well as “business deductions for expenses that really look like personal expenses.”

The Times reported, for example, that Trump has claimed a 200-acre family retreat in Bedford, New York, as an investment, thereby allowing him to write off property taxes. And he has used what the Times called “unexplained” consulting payments to shrink his business taxes. Trump even claimed $70,000 in hair styling expenses during his TV show “The Apprentice.’’

Hairstyling is clearly a personal matter for an everyday office worker. But for a television personality, it would be a legitimate business expense.

Experts note that such outsize tax advantages for the most privileged businesspeople have served to widen the nation’s economic inequality. Economists Emmanuel Saez and Gabriel Zucman at the University of California, Berkeley, found that in 2018 billionaires faced a smaller burden than the working class for the first time in 100 years: The richest 400 Americans paid an overall tax rate of 23%, including federal, state and local taxes, compared with 24.2% for the bottom 50% — and compared with Trump’s effective 0% federal income tax.

Wealthy families typically try to transfer some of their assets during their lifetime to ease the tax burden on their heirs, something they can do legally in a variety of ways. As assets go, real estate is one of the most flexible options.

That said, there’s a fine line between tax avoidance and abuse.

A key provision in the 2018 tax law delivered a steep tax break for a kind of business that is often set up by owners of profitable firms, including Trump and his family. The law allowed a 20% deduction against income taxes for businesses whose profits are taxed at the owner’s personal income rate. They are known as “pass-through” companies because their profits are passed through to the owner’s personal tax bucket.

Those businesses span a huge range, from the local florist and family-owned restaurant to law firms, hedge funds and privately held large firms like the Trump family’s property empire.

Trump himself has owned about 500 entities structured as pass-throughs, according to his lawyers. This has made the Trump Organization less a single business than a grab-bag of units drawing on the fancier parts of the tax code: Sole proprietorships and limited-liability partnerships.

Beyond wealthy individuals, the Trump tax law made it easier for big corporations, too, to avoid paying income taxes, now at a 21% rate. Despite reaping billions in profits, some of them receive tax rebates that exceed their income tax bills, thereby granting them effectively a negative tax rate. Some of the companies that have done this in recent years according to their public filings include Amazon, General Motors, IBM and Netflix.

Apple, the most valuable company in the world, has used the tax code to avoid paying billions in U.S. taxes by deploying a complex setup involving subsidiaries in Ireland.

The new change in the tax code would deliver nearly 82% of its benefits to about 43,000 taxpayers who earn more than $1 million yearly, according to an estimate from nonpartisan congressional tax analysts. And it would cost U.S. taxpayers $86 billion this year by reducing tax revenue captured by the government, the Joint Committee on Taxation calculated earlier this year.

Proponents of the new tax break insisted it was needed relief for small businesses in dire cash-flow straits because of the virtual shutdown of the U.S. economy. Smaller pass-through companies, though, may not be as well-positioned as the giants to capitalize on the tax change.