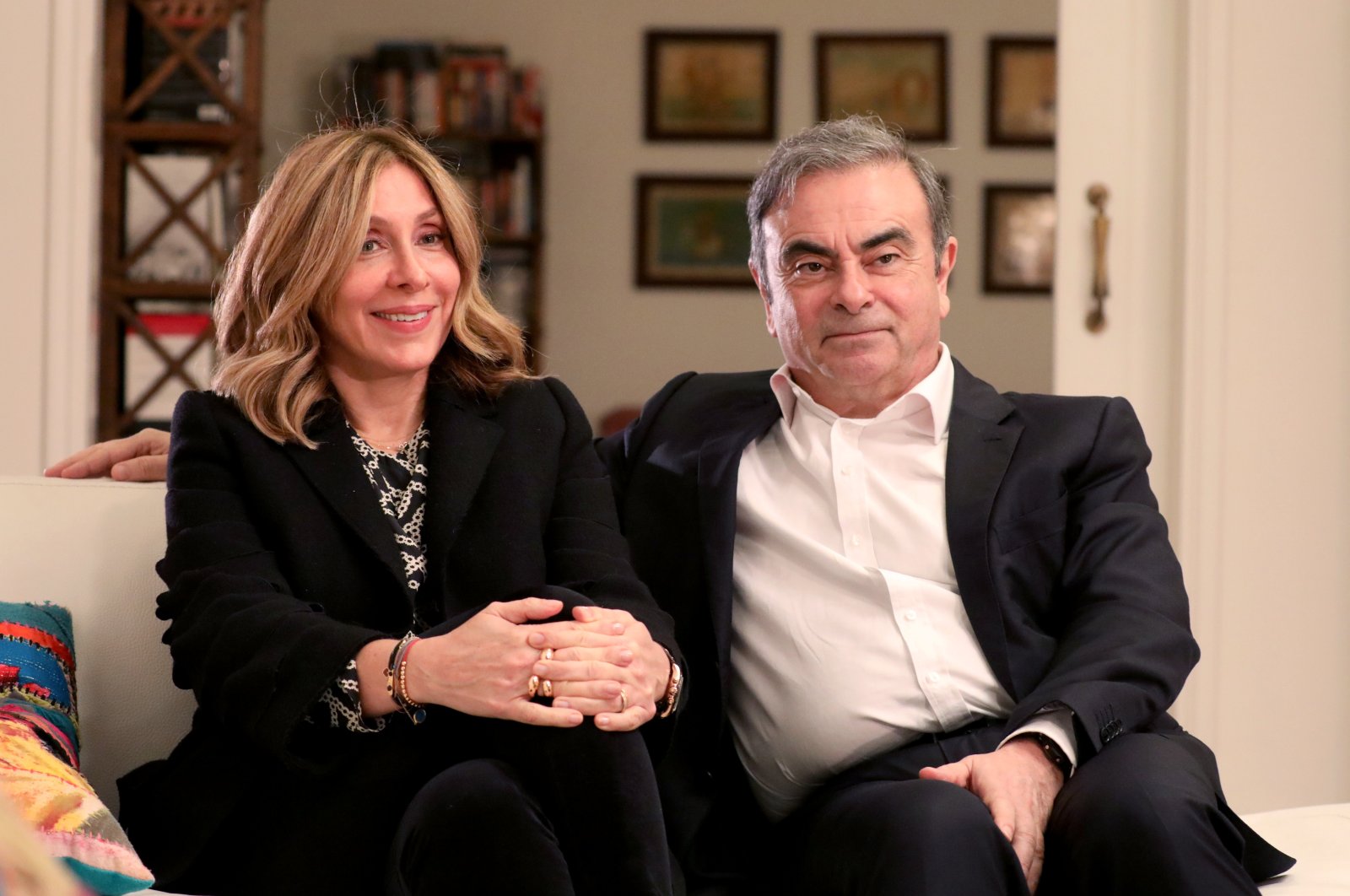 Former Nissan chairman Carlos Ghosn and his wife Carole Ghosn talk during an interview with Reuters in Beirut, Lebanon, Jan. 14, 2020. (Reuters Photo)
by Daily Sabah with AP May 08, 2020 12:12 pm
RECOMMENDED

Turkish prosecutors have charged four pilots, an airline company official and two flight attendants for their alleged roles in former Nissan chairman Carlos Ghosn’s escape from Japan to Turkey and from there to Beirut, Anadolu Agency (AA) reported.

Prosecutors in Istanbul have completed an indictment against the seven, formally charging the four pilots and the official of illegally smuggling a migrant. The two flight attendants are accused of failing to report a crime, the agency said Thursday.

A trial date will be set after a court in Istanbul’s Bakırköy district formally accepts the indictment. Details of the indictment were not immediately available.

Ghosn, who was arrested over financial misconduct allegations in Tokyo in 2018, skipped bail while awaiting trial in Japan late last year. He flew to Istanbul and was then transferred onto another plane bound for Beirut, where he arrived on Dec. 30.

The company employee and four pilots remain in custody while the flight attendants were released after questioning. The suspects have been identified by their initials only.

Prosecutors in Japan have separately issued arrest warrants for Ghosn and three Americans who they say helped and planned his escape. Japan has no extradition treaty with Lebanon and the former Nissan chief is unlikely to be arrested. Lebanon has indicated it will not hand over Ghosn.

Ghosn, who led Nissan for nearly 20 years, says he is innocent and that he fled Japan in the belief he could not get a fair trial there. His daring and improbable escape perplexed and embarrassed Japanese authorities after he skipped bail and managed to flee the country despite supposedly rigorous surveillance.

Nissan has said it was still pursuing legal action against him despite his escape, adding that Ghosn engaged in serious misconduct while leading the Nissan-Renault-Mitsubishi alliance. Ghosn denies all the charges.