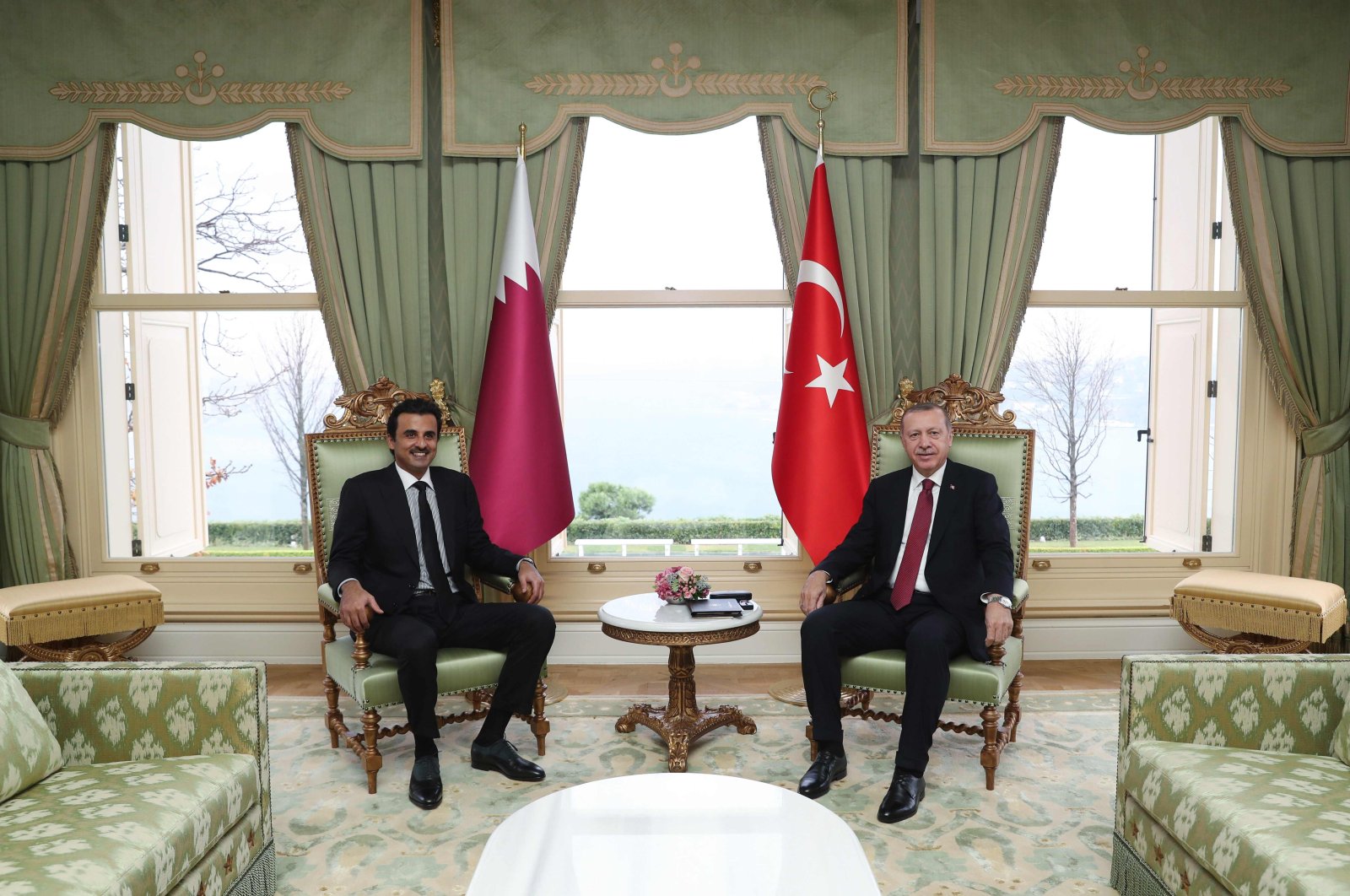 Qatar's emir, Sheikh Tamim bin Hamad Al Thani will arrive in Turkey on Thursday ahead of the sixth meeting of the Turkey-Qatar Supreme Strategic Committee.

The meeting in the Turkish capital Ankara will be presided by President Recep Tayyip Erdoğan and the Qatari emir.

The committee will discuss steps to further boost the current $2.5 billion (TL 20 billion) bilateral trade ties, mainly in the energy, defense and food sectors. Several cooperation agreements will likely be signed during the meeting.

The two leaders will also discuss regional developments like Syria and Libya in a bilateral meeting, scheduled before the committee meeting.

Seven deals were signed in the last supreme strategic committee meeting between the countries on Nov. 25, 2019.

Turkey and Qatar have further strengthened military and economic ties since.