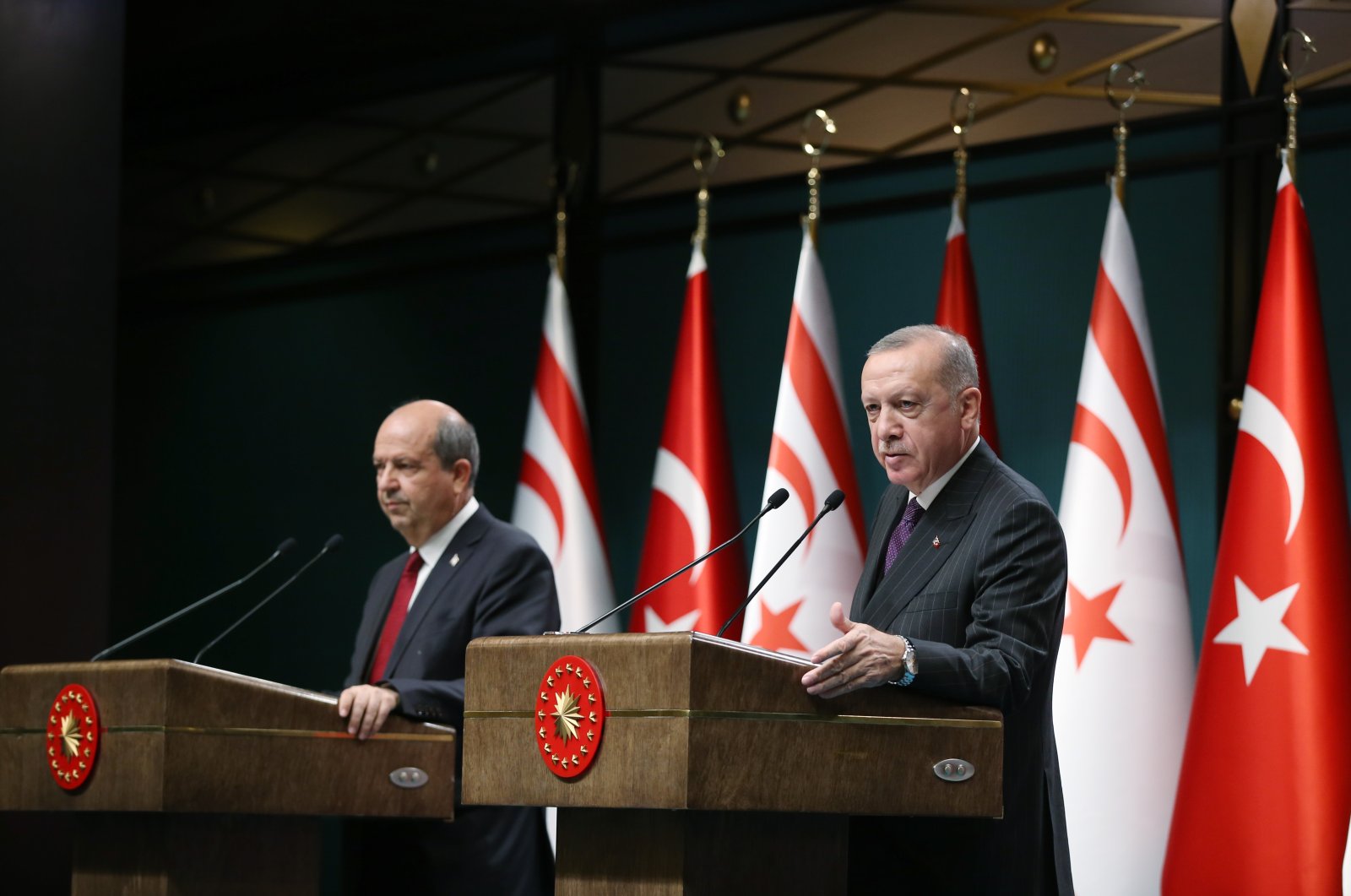 Speaking in an online press conference organized to mark the inauguration of the pipeline, Erdoğan said that Turkey will continue to protect the rights of Turkish Cypriots in the Eastern Mediterranean.

“Any scenario without the inclusion of Turkey and Northern Cyprus has no chance of success,” he noted.

Erdoğan also said that Turkish Cypriots are ignored again at the latest EU summit, calling on their rightful representation in Eastern Mediterranean conferences planned for the upcoming period.

In January, the Turkey-TRNC water pipeline suffered disruption due to severe weather conditions. Officials located the damage to be around 250 meters (820 feet) deep undersea and 8 kilometers (4.97 miles) near the Turkish coast. Two pipes detached from bases and surfaced on sea level as a result of the damage.

The 80-kilometer pipeline project to send freshwater to the island under the Mediterranean was completed in 2015. Under the project, some 75 million cubic meters of freshwater will be sent each year for a total of 50 years.

Tatar said that such joint projects are the best answer to those who want to create a rift between Turkey and Turkish Cypriots.

He also noted that gas discoveries in the Eastern Mediterranean should serve to initiate peace, not more conflicts in the region.