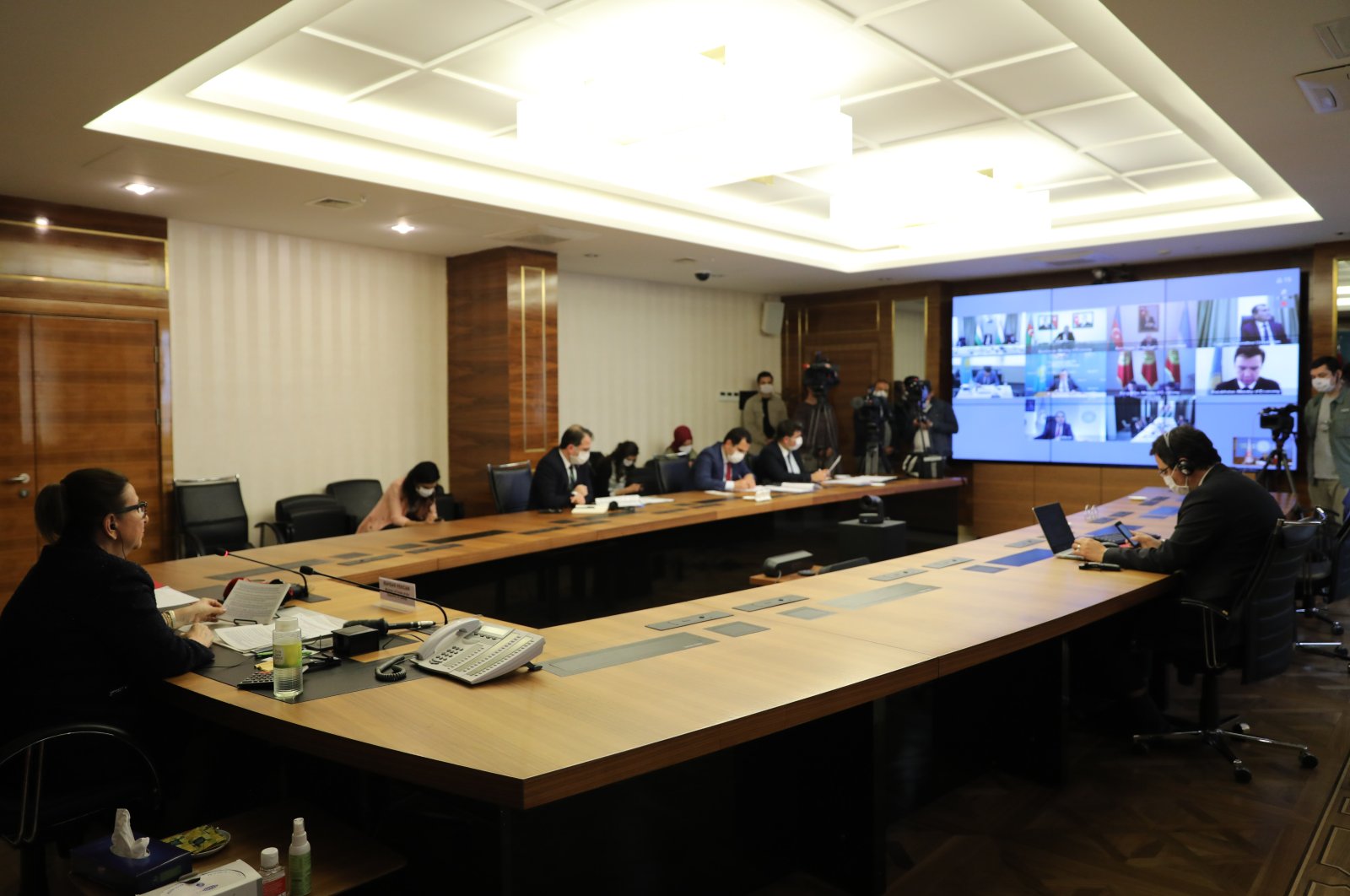 The Ministers of Economy and the Heads of Customs Administrations of the Turkic Council Member and Observer States held a videoconference meeting Wednesday.

The meeting discussed measures to maintain the current level of economic and trade relations, mitigate the negative effects of the coronavirus on the economies of member countries, and strengthen trade relations during and after the pandemic.

Moderated by Azerbaijan's Economy Minister Mikayil Jabbarov, the meeting was held with the participation of the Secretary-General of the Turkic Council Baghdad Amreyev and high-ranking officials from all Turkic states.

According to a statement published after the meeting, the officials “shared detailed information regarding the economic challenges caused by the coronavirus pandemic and the measures taken at national level to overcome the difficulties in domestic and foreign trade.”

The ministers also agreed to establish a joint action plan under the coordination of the Turkic Council Secretariat with officials responsible for economy, trade and customs.

“Developing measures to ensure food security, finalizing a common list of essential goods among the Turkic Council countries, accelerating customs clearance procedures of these essential goods, including pharmaceutical and medical supplies, and humanitarian aid by setting an electronic pre-notification system, and developing mechanisms to reduce import taxes were among the issues discussed at the meeting,” the statement said.

According to the text, officials exchanged views on the establishment of a “green corridor” and launch of “green lane” system at border crossing points to facilitate the delivery of essential products.

“Parties also fully supported new cooperation projects, such as the establishment of industrial zones, technoparks and trade houses proposed by the Secretariat.

The Ministers decided to accelerate the ongoing establishment process of the Turkic Investment Fund, as well as to launch a coordination committee at the level of the Deputy Ministers for this purpose,” the statement added.

It underlined the importance of promoting the use of national currencies in trade between member states and "determining a common strategy to facilitate trade that would simplify customs procedures, encourage multimodal transport in the Middle Corridor and ensure the effective use of the Baku-Tbilisi-Kars railway were given particular emphasis.”

Furthermore, the Ministers discussed the opportunities to further facilitate cooperation among the member and observer states particularly on digital economy and e-commerce in the post-pandemic period and agreed to develop common programs in this regard.

The ministers also agreed on Hungary's proposal to establish a joint action plan to evaluate investment opportunities in Europe through establishing partnerships among companies of the Turkic Council member states.

The statement also emphasized the “Turkic Vision 2025,” is currently being prepared by the Council’s secretariat.

“The Ministers emphasized that the decisions of the meeting with a view to maintain and further increase current level of economic and trade relations and to alleviate the socio-economic impact of the pandemic in the Turkic Council countries should be reflected in the Turkic Vision 2025,” the statement concluded.