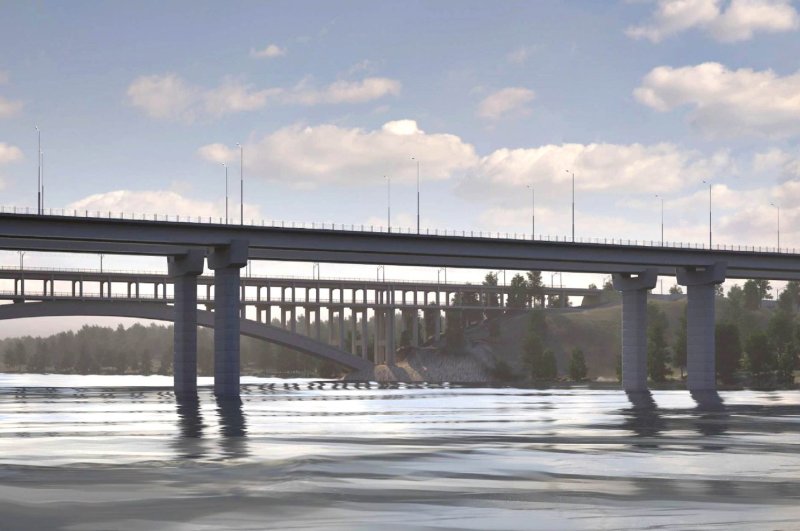 A digital rendering of the bridge that will be constructed across Dnipro River in Zaporizhia, March 3, 2020. (Photo courtesy of State Agency of Automobile Roads of Ukraine)
by DAILY SABAH Mar 04, 2020 4:19 pm

Turkish contractor Onur Construction Company on Tuesday signed a contract with the Ukrainian government for the construction of a bridge in the city of Zaporizhia.

The total budget for the bridge tendered by the State Agency of Automobile Roads of Ukraine (Ukravtodor) will be $482 million (TL 2.9 billion)

Ukrainian Prime Minister Oleksiy Honcharuk announced the government’s decision to resume the construction of the bridge across Dnipro River in Zaporizhia, which started 15 years ago, in his Telegram-channel.

Head of Ukravtodor Oleksandr Kurbakov stated that this project will mark the beginning of a new era in road construction throughout the country.

“We expect that the work will begin next week. The agreement that was signed is designed for four years, but we have our internal terms. We expect it to be (ready in) two years,” he said after the signing ceremony.

According to Kubrakov, $50 million has already been allocated for this project.

The construction of the bridge started in 2004, but due to the high level of corruption and other issues it was delayed for 15 years. Upon completion, the bridge is expected to reduce traffic in Zaporizhia as its current Soviet-era infrastructure fails to accommodate the needs of the city.