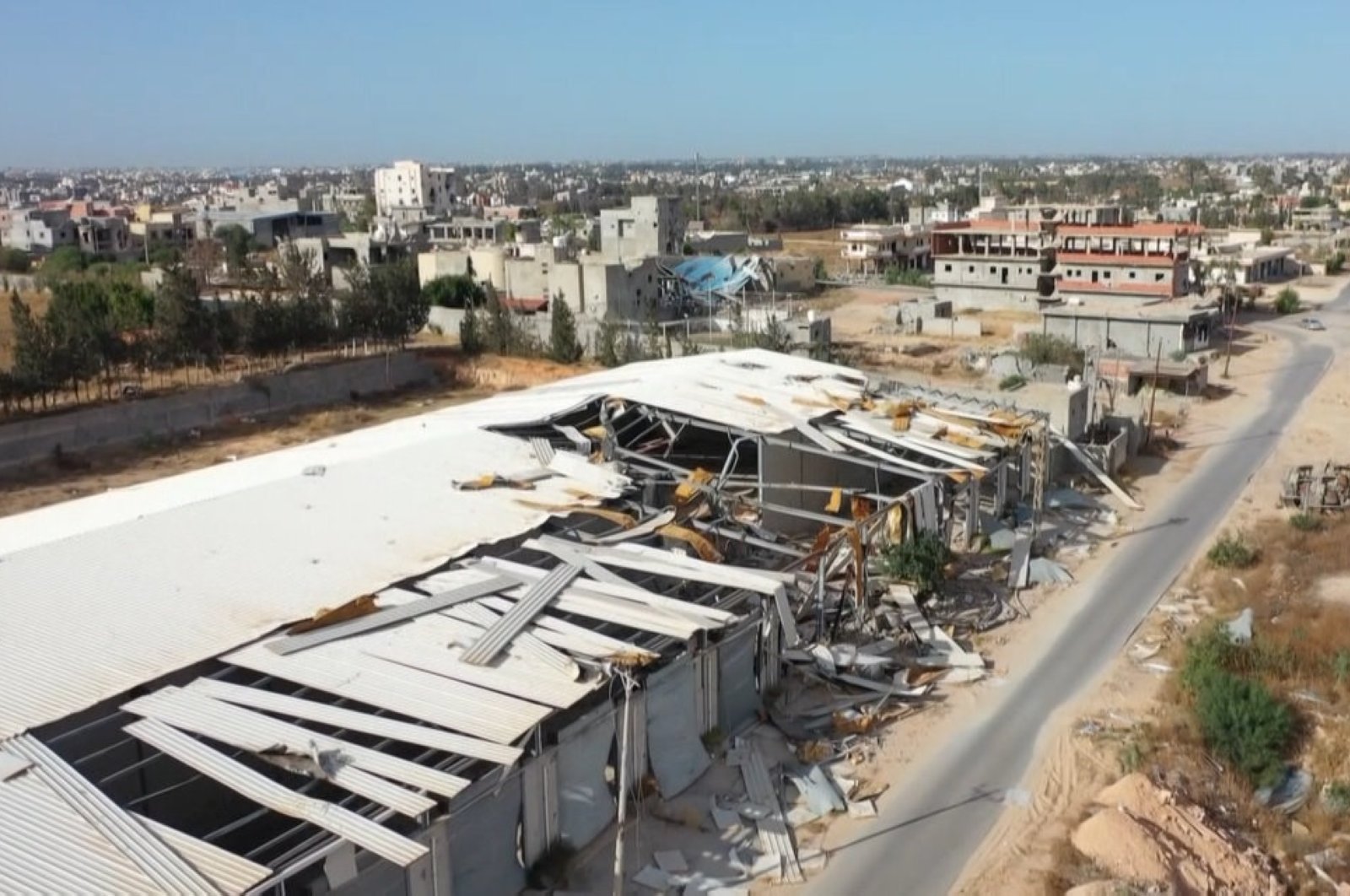 Turkish companies will build more than 3,000 prefabricated houses in the Libyan capital Tripoli, where the demand for housing has grown due to the number of civilians left homeless by putschist Gen. Khalifa Haftar’s atrocities.

A tender for the construction of the prefabricated houses was held last March and a preliminary agreement was signed. Nine companies, five of which are Turkish firms and the rest of which are local firms, won the tender. Accordingly, 3,050 of the total 5,000 houses will be built by those five Turkish firms and the remaining 1,950 will be constructed by Libyan firms. The local firms, meanwhile, will also purchase constructed houses from Turkish companies.

The residences will be delivered within six months after payments are made, according to the preliminary agreements.

The move into the housing sector came following Turkish firms’ involvement in providing much-needed electricity in the country, a step toward greater business cooperation between Ankara and the U.N.-backed Tripoli government.

Ankara has made its ambitions for lasting cooperation with Tripoli on oil exploration, construction, banking and manufacturing increasingly clear after its military support helped the U.N.-backed Government of National Accord (GNA) reverse a 15-month offensive.

Dorçe Prefabricated Building & Construction Industry Trade Inc., which is one of the companies that won the tender, has been carrying out several projects in Libya since 2006, apart from its operations in 52 other countries in six continents.

CEO Süheyla Çebi Karahan said Dorçe will construct 700 of the 3,050 houses set to be built by Turkish companies.

Karahan said four Libyan companies will purchase prefabricated structures from Turkish companies as well, adding that they anticipate such projects will continue.

"Haftar bombed many cities. Many people were left homeless. The Libyan government is starting this project in Tripoli first,” she said, adding that construction projects may continue in other provinces.

"The houses built in Libya will be permanent,” Karahan said, adding that the prefabricated houses were seen as the fastest solution to meet the urgent needs.

Murtaza Karanfil, the chairman of the Foreign Economic Relations Board (DEIK)’s Turkey-Libya Business Council, said that in Libya, there is an investment volume of $120 billion in all sectors, including construction.

He underlined that the first step was taken with the prefabricated houses but business activities are set to continue in the North African country, which holds great potential not only for Turkish construction companies but also for sub-sectors.

“Construction means iron, cement, decoration, furniture, carpet and electrical material. It affects hundreds of sub-sectors,” he said, noting that Libya is set to meet needs arising from some of those sectors from outside supplies since it lacks advanced industrial and manufacturing facilities.

Karanfil further noted that Turkey is located in a very attractive location for the importing companies in Libya as transportation of the goods only takes three days by sea and two hours by air.

Libya has been torn by a civil war since the ouster of late ruler Moammar Gadhafi in 2011. The new government was founded in 2015 under a U.N.-led agreement, but efforts for a long-term political settlement failed due to a military offensive by Haftar's forces.

The U.N. recognizes the Libyan government headed by Fayez Sarraj as the country's legitimate authority.