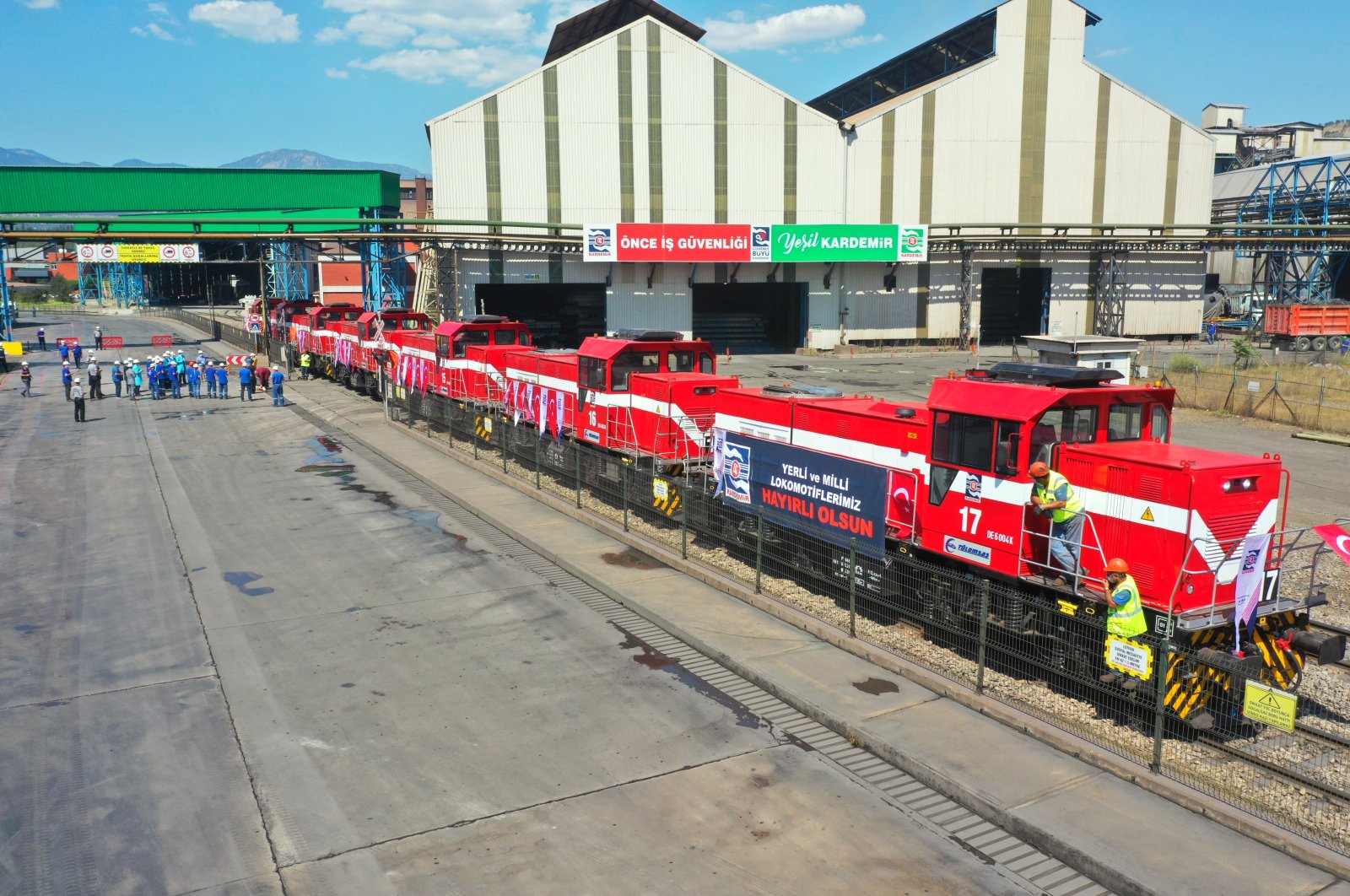 Kardemir Chairman Mustafa Yolbulan speaking during the ceremony held in Karabük province of northern Turkey’s Black Sea region Tuesday for the commissioning of the locomotives said that they have been working to decrease the company’s, as well as the country’s outside dependency by reducing imports.

“We rely on our country's production and engineering capabilities,” he said, hoping the acquisition “would set an example for all sectors.”

As Kardemir factories, Yolbulan said they support domestic production in the fields of the defense industry, automotive and rail systems.

In October 2019, the iron and steel giant started producing indigenous train wheels with the same aim of reducing imports.

Only 15 companies produce railway wheels globally, which need high technology and engineering. Kardemir is set to become the 16th, the company’s general manager said at the time.