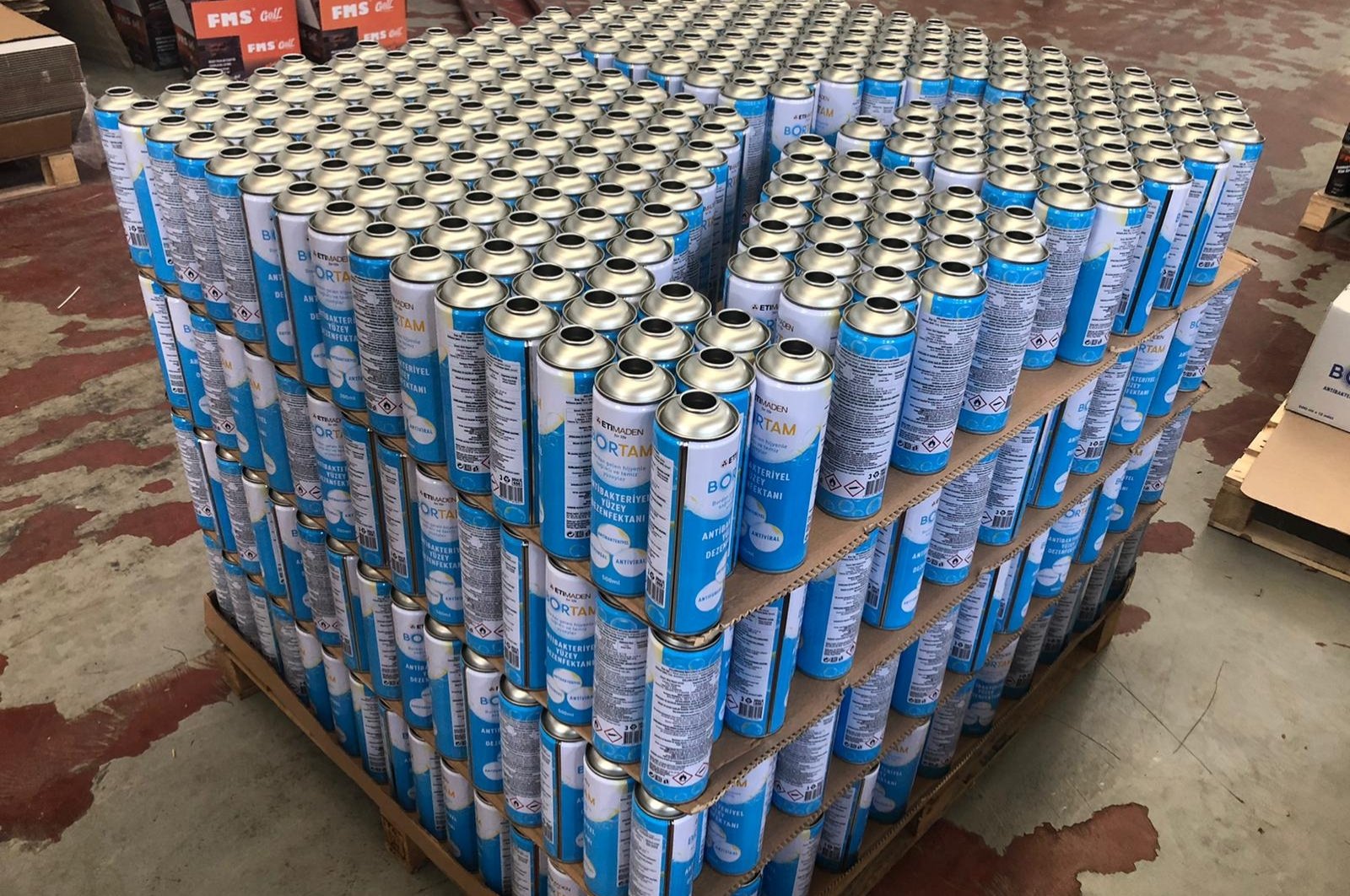 BORTAM can be used to disinfect surfaces, as well as the air inside a space thanks to its spray form.

Dönmez said the disinfectant was produced within the scope of the fight against the new coronavirus pandemic.

“We quickly fulfilled the disinfectant need with domestic and national means. After hand sanitizer BOREL, we are now starting the production of BORTAM, an environment and surface disinfectant. BORTAM, which will be produced in aerosol form, will sterilize the air by destroying bacteria and viruses. In the new normal period, in crowded environments we will be able to use it easily in public transportation, workplaces, schools and homes,” he said.

Dönmez added that it does not harm human health.

Turkey has a total of 3.3 billion tons of boron, equating to 73% of the world's total reserves, making Turkey first in the world in terms of its reserves, according to Dönmez.