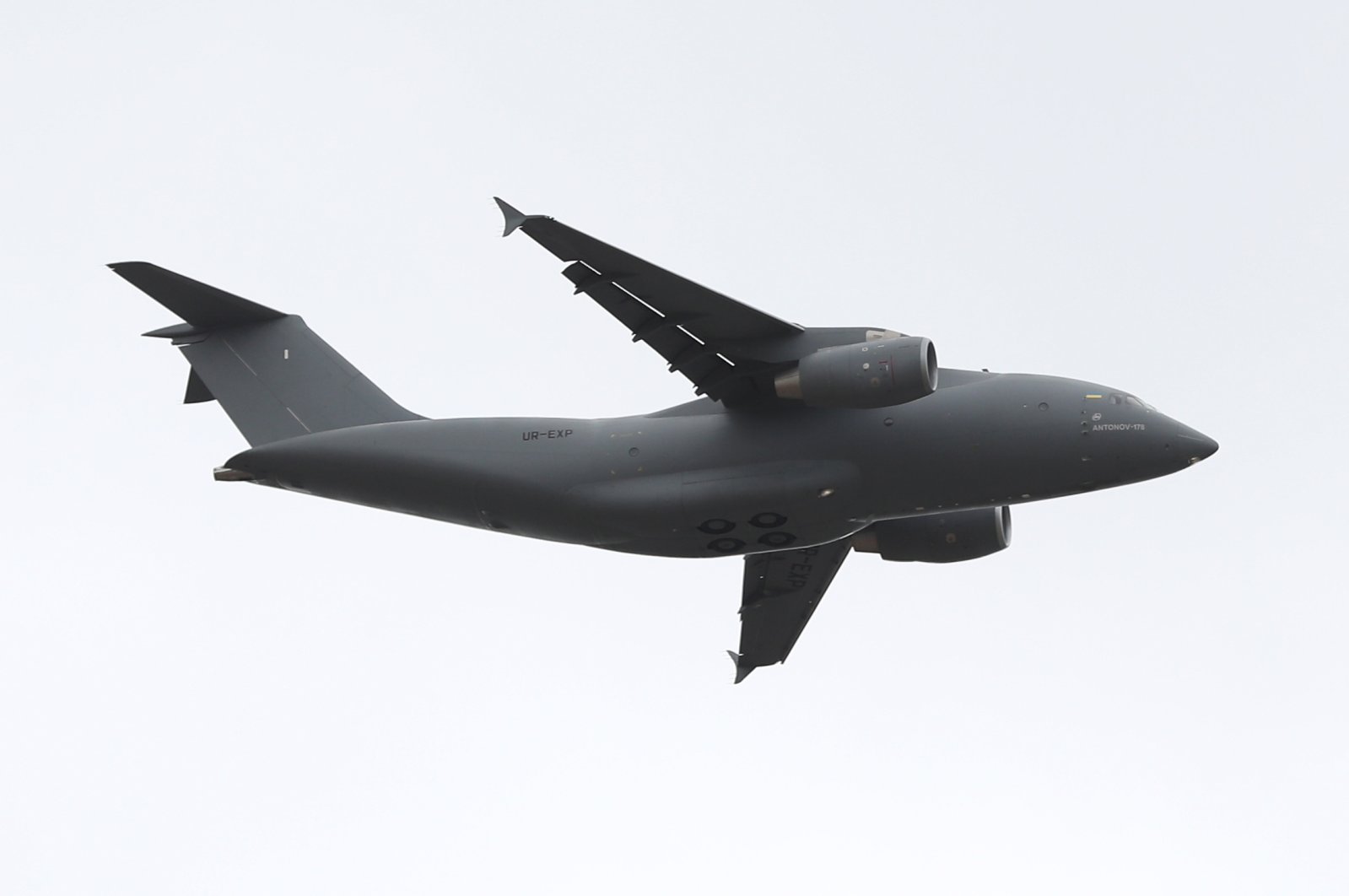 An Antonov-178 makes an aerial display during the opening day of the Farnborough International Airshow in Hampshire, the U.K., July 16, 2018. (Reuters Photo)
by DAILY SABAH Aug 21, 2020 1:47 pm
Edited By Ayşe Betül Bal
RECOMMENDED

Ukrainian aircraft manufacturer, Antonov, is looking to increase cooperation with Turkish partners, including the joint production of aircraft.

Cooperation in different fields, like trade and defense, has also dominated the agenda between Kyiv and Ankara as their bilateral relations have picked up the pace.

Sybiha reiterated that the cooperation between Ukraine and Turkey should share the perspective "from underground to over the sky."

A report, published by Turkish broadcaster CNN Türk on Thursday, said Turkey and Ukraine took the first formal step for the joint production of the Antonov aircraft. Antonov chairman Los visited the country to hold talks.

"Steps for defense and joint production of Antonov aircraft were clarified during the meeting and another delegation from the company is expected next week," the report said.

Ukrainian Foreign Minister Dmytro Kuleba, in an earlier broadcast, told CNN Türk that now they "want to start more daring projects. Projects where Turkish and Ukrainian technologies are used together. These will be competitive projects in the global sense."

Detailing the projects, he said they have made a proposal to Turkish partners regarding Ukraine's world-renowned aircraft manufacturer, Antonov.

Media reports claimed that during the meeting with the Antonov chairman, wide-ranging defense collaborations were discussed, from Turkey’s cutting-edge Unmanned Combat Aerial Vehicle (UCAV), Akıncı, to other domestically-made armed drones.

In 2019, Ukraine bought six Turkish-produced reconnaissance and strike drones for its army for an undisclosed amount. As part of the deal, the Bayraktar TB2 unmanned aerial vehicles and three ground control stations, produced by Turkish firm Baykar, were set to be delivered to the Ukrainian army within a year.

Ukraine is seeking to purchase another batch of armed drones from Turkey, a topic that was discussed during the Turkish Defense Minister Hulusi Akar’s official visit to Kyiv, according to media reports in July.

In another statement on Twitter, regarding possible defense cooperation with Turkish companies, Ambassador Sybiha said they discussed ways to strengthen cooperation with Ukrainian partners and possible joint projects with HAVELSAN, one of Turkey's largest defense contractors.

"Military-technical cooperation is one of the fundamental components of the strategic partnership," he said.

He added that Turkey was Ukraine's leading trade partner among Middle Eastern countries in 2019. He said, however, that the trade volume between the two countries is still below its potential and Kyiv wants to conclude a comprehensive free trade agreement (FTA) with Turkey.

The trade volume between the two countries increased by 1.7% in the first half of this year, reaching $2.27 billion.