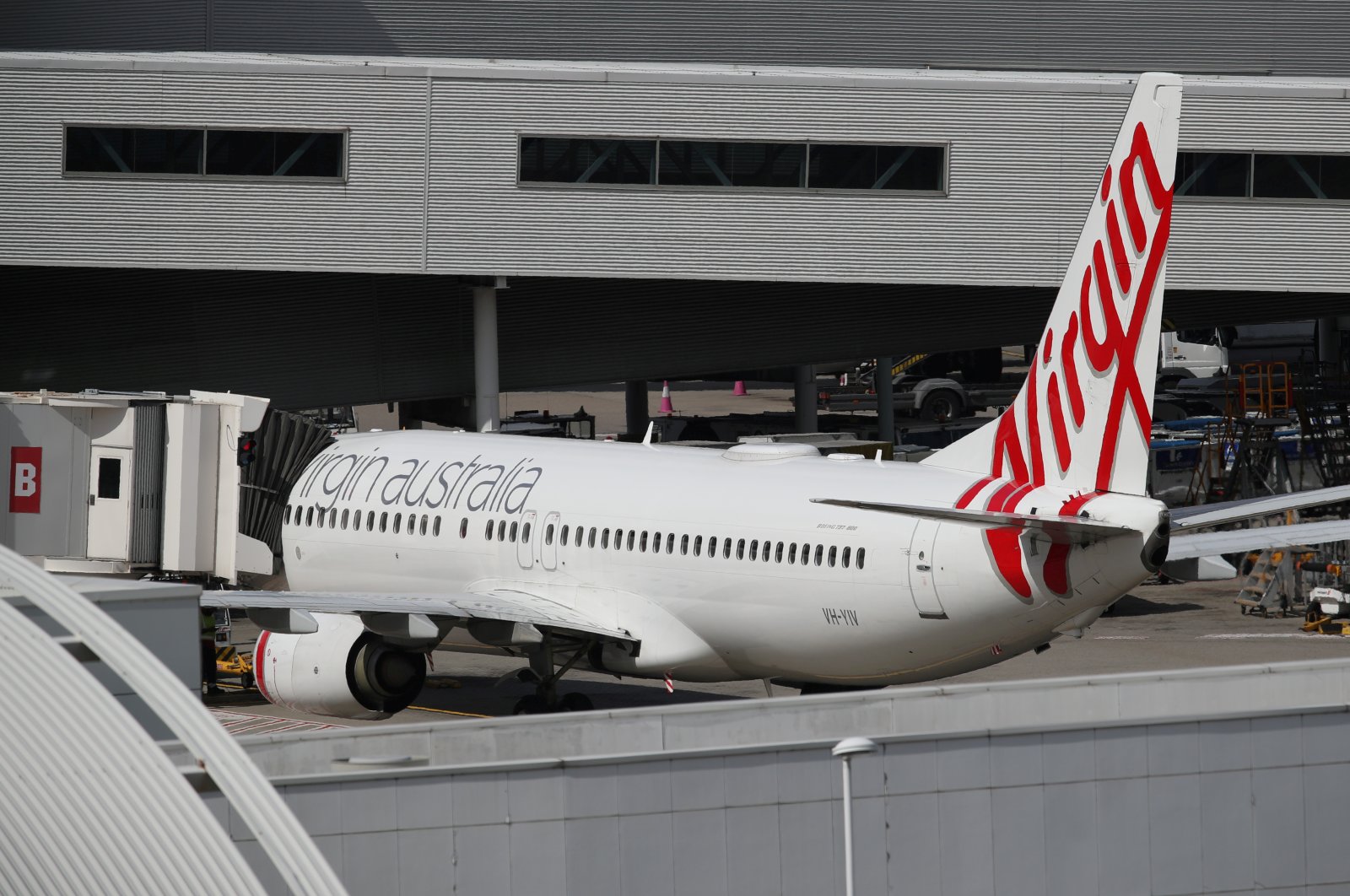 A Virgin Australia Airlines plane is seen at Kingsford Smith International Airport the morning after Australia implemented an entry ban on non-citizens and non-residents intended to curb the spread of the coronavirus disease (COVID-19) in Sydney, Australia, March 21, 2020. (Reuters File Photo)
by French Press Agency - AFP Jun 26, 2020 10:27 am
RECOMMENDED

Administrators for Virgin Australia said Friday they had accepted a bid from US private equity giant Bain Capital to buy the pandemic-felled airline.

The move comes as the world aviation industry faces its biggest crisis, with numerous big-name carriers seeking billions of dollars in government help to prevent them from going under, while others have gone out of business.

Deloitte said they had reached a deal with the Boston-based fund that "will result in the sale and recapitalization of Virgin Australia Holdings and its subsidiary businesses".

The deal is subject to regulatory approvals and is due to be completed by August.

Prime Minister Scott Morrison said he was "pleased" with the tacit agreement, describing it as a" good next step".

"There's still a long way to go," he added, "the government will continue to provide the broader support that it has been providing."

The Richard Branson-backed airline has struggled for years against larger carrier Qantas, which would have enjoyed a virtual monopoly if Virgin went out of business.

The terms of the deal were not spelled out in full, but Bain had committed to "the retention of thousands of jobs", Deloitte said.

The airline was more than Aus$5 billion (US$3.2 billion) in debt and had appealed for a Aus$1.4 billion loan to stay afloat, but the government refused to bail out the majority foreign-owned company.

"This is an important milestone and a significant achievement," said Joint Administrator Vaughan Strawbridge.

"Bain Capital has presented a strong and compelling bid for the business that will secure the future of Australia's second airline, thousands of employees and their families and ensure Australia continues to enjoy the benefits of a competitive aviation sector."

The Transport Workers Union said it was "happy to work" with Bain "on the plan for getting the airline back on its feet".

Australian airlines – like their global peers – have ceased the vast majority of operations because of coronavirus-induced travel restrictions.

Australians returning to the country face mandatory a 14-day quarantine and almost all non-residents are barred, under measures that also see many Australian states effectively closed to domestic travel.

Virgin made around 1,000 staff redundant before the carrier went into voluntary administration in April while 8,000 others were furloughed, leaving just 1,000 still working.

Qantas this week announced it would be cutting 6,000 jobs and grounding 100 planes for up to a year as it aims for US$10 billion in savings.