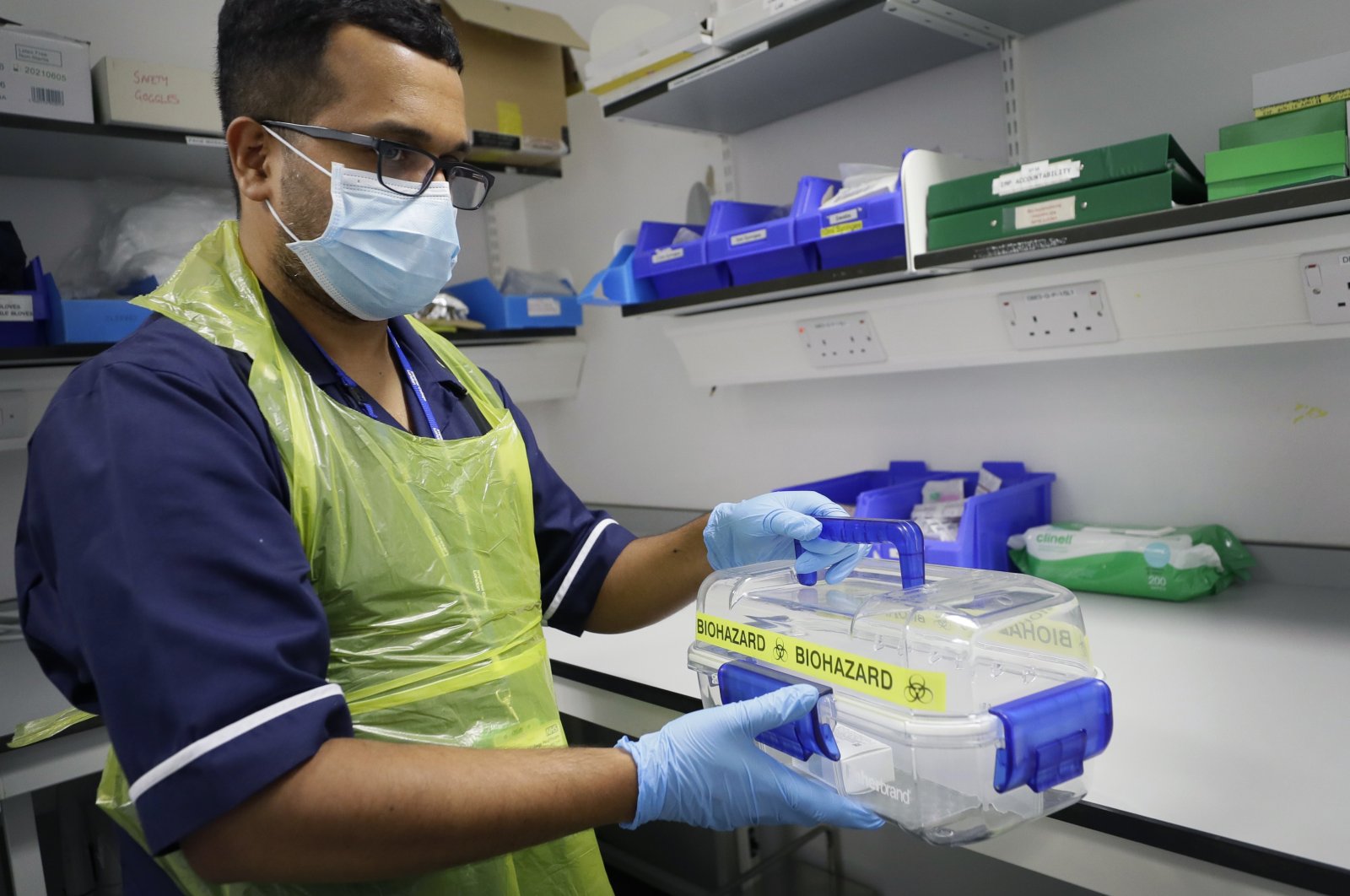 Senior Clinical Research Nurse Ajithkumar Sukumaran carries the vaccine as it is about to be prepared prior to being administered to a volunteer, at a clinic in London, Wednesday, Aug. 5, 2020. (AP Photo)
by French Press Agency - AFP Aug 05, 2020 10:01 pm
RECOMMENDED

J&J, via its subsidiary Janssen, had already received $456 million in March.

The new money will allow the company to ramp up production so that doses are ready for shipping if and when the drug receives regulatory approval.

The government also has the option to acquire additional doses sufficient to vaccinate 300 million people.

With the latest deal, President Donald Trump's administration has spent $9.4 billion on vaccine agreements, with five companies agreeing to provide at least 700 million doses, according to an AFP tally.

These deals, under Operation Warp Speed, foresee launching production in parallel with clinical trials, with the government taking the financial risk away from the private sector.

Moderna's vaccine is one of three Western efforts in the final stage of human trials.

Top infectious disease official Anthony Fauci said Wednesday he was "cautiously optimistic" of success and that "somewhere toward the end of the year, the beginning of 2021, we will know whether they have a safe and effective vaccine."

The U.S. has also spent billions on building manufacturing sites, on companies that make syringes and vials, and on the development of treatments.

Washington has bought up almost all stocks of the antiviral drug remdesivir that will be produced until September. The medicine is the first treatment with proven benefit against COVID-19.

Also Wednesday, Canada signed an agreement for undisclosed financial terms with Pfizer Canada and BioNTech SE for 100 million doses of their experimental vaccine in 2020, and more than one billion in 2021, under Project Lightspeed.