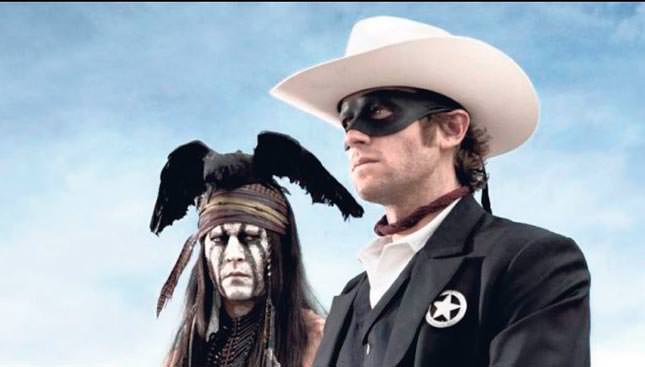 by Mar 03, 2014 12:00 am
Big budget sci-fi flop "After Earth" and ensemble comedy "Movie 43" led the Razzie Awards on Saturday while annual favorite Adam Sandler went home empty- handed at the ceremony that mauled Hollywood's worst films and performances of the year.

"After Earth," starring Will Smith and his teenage son Jaden, picked up three gold spray-painted raspberry accolades: Jaden Smith for worst actor, Will Smith for worst supporting actor and worst screen combo for the father-son stars. The $130 million film, cowritten by Will Smith and directed by M. Night Shyamalan, was a major flop for Sony Corp's Columbia Pictures last year, grossing just $60 million at the U.S. and Canadian box office.

Relativity Media's "Movie 43," which features 16 off-beat comedy sketches with stars such as Halle Berry, Kate Winslet and Hugh Jackman, won worst picture, worst screenplay for its 19 screenwriters, and worst director for its 13 filmmakers.

The Razzies, created in 1980 as an antidote to the backslapping of Hollywood's awards season and now in its 34th year, is held on the evening before the glitzy Oscars ceremony, the biggest night of honors for the film industry.

The Razzie awards are selected by about 800 members of the Golden Raspberry Award Foundation, who can purchase a membership for online voting rights in the annual panning of films. Eight of the nine categories are voted by members, while the ninth for worst screen combo was determined by more than 80,000 votes on movie review website RottenTomatoes. com.

The award winners rarely attend to collect their statuettes in person, although Sandra Bullock notably attended in 2010 to collect her worst actress and worst screen couple awards for "All About Steve," the night before she won the best actress Oscar for "The Blind Side."

Sandler, who has earned more than 20 Razzie nominations over the course of his career, failed to win any of his seven Golden Raspberries nods this year for comedy "Grown Ups 2," which was bludgeoned by critics.

The "Wedding Singer" star won two Razzies last year for the fatherson comedy "That's My Boy" and pulled off the only "Razzie sweep" for his film "Jack and Jill" in 2012, winning all 10 awards handed out that year.

The film, made for more than $200 million, failed to perform at the box office and lost $190 million for the studio.
RELATED TOPICS