İkinci Kat to perform under the summer sun 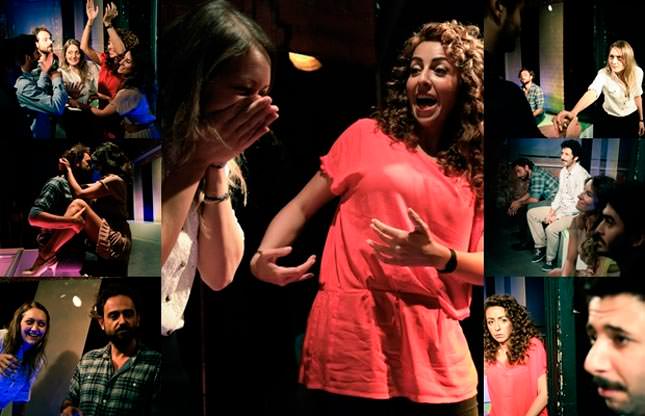 by daily sabah Mar 11, 2014 12:00 am
Istanbul - İkinci Kat Tiyatro (Second Floor Theatre) has launched a project titled "Tomorrow's Plays" in which four directors, four authors and 14 actors will forego their holidays and spend their summer doing what they enjoy most, performing on stage.
Founded by Sami Berat Marçalı, İkinci Kat Tiyatro (Second Floor Theatre) will continue to perform into the summer with their project "Tomorrow's Plays."

Four different themes have been selected for the project based on audiences' votes, including transformation, morality, justice and media. After the voting, Marçalı added four more actors to their 10-member team for the summer season.

Which plays the 14 performers will perform in and which play the four authors and four directors will respectively write and manage have all been decided by a draw held at the Karaköy Stage of İkinci Kat.

Deniz Madanoğlu, the author who gained popularity with her play "Küf," which starred Bülent Emin Yarar and Esra Dermancıoğlu was drawn for the morality theme. Madanoğlu then selected the director of the play with another draw and İlyas Odman, known for a specialty in psychical theatre, was chosen. Madanoğlu and Odman drew another lot respectively to decide the number and the name of the performers:

Firuze Engin will write a play on transformation, which will be directed by Berfin Zenderlioğlu and performed by İbrahim Halaçoğlu and Tolga İskit.

Özer Arslan will write a play related to "justice" to be directed by Onur Karaoğlu. Aziz Caner İnan, Barış Gönenen, Murat Mahmutyazıcıoğlu, Neslihan Arslan and Özge Keskin are set to perform in the play.

Finally, Sabahattin Yakut will write another play on the "media," which will be performed by Goncagül Sunar, Heves Duygu Tüzün and İpek Banu Kılar. The play will be directed by Doğu Akal.

The project will run throughout the summer and the first phase will be the writing process. Within the next two months, the authors will write and present their plays and the rehearsals will begin on May 1. Each play will be performed 10 times with the same stage design. The first play related to "transformation" will open on July 16 and the final play is scheduled to be performed on Sept. 27. The teams will come together in a panel for discussing the outcome of the project and how it was received by audiences on Sept. 28. The most popular play will be performed in the next season. "We are not closing our curtains in this summer. I believe theaters should run during summer periods as well. This is something no one has done before, a one-of-a-kind-project," said Marçalı.