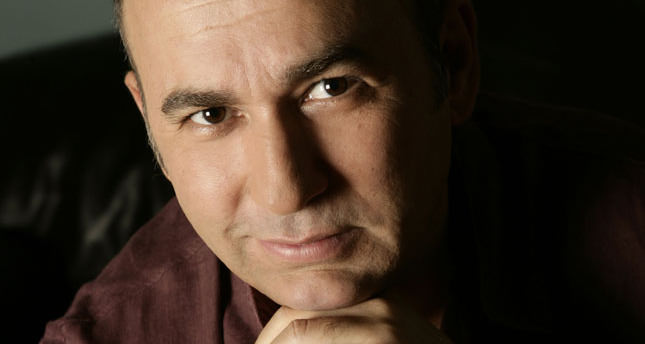 ISTANBUL – He is already one of the most successful and award-winning contemporary Turkish and Italian filmmakers of his time, but Ferzan Özpetek does not seem to stop.

With his 10th film, released first in Italy and now in Turkey, he is setting another goal of becoming a very ambitious director in terms of productivity, as well as making aesthetically daring and award-winning films.

In his latest film, Özpetek again touches on the themes of friendship, family, relationships, the strains of marriage, love and death.
The film takes us on a 13-year core-shaking, turbulent, disturbing and passionate journey through the marriage of Elena (Kasia Smutniak) and Antonio (Francesco Arca). The audience follows the hero and heroine as they cope with friendship, trust and love.

Some may criticize Özpetek for using similar themes and his signature slow-paced storytelling style, but the movie as whole is moving, making the audience both laugh and cry, exactly as the director intended.

Premier screenings were held in the Italian cities of Rome and Lecce and the Turkish premiere was held on Wednesday. The movie received good reviews both from film critics and audiences. The movie is also Özpetek's first movie shot in digital format.

Özpetek's movies illuminate various strains of society and the facades of storytelling, making his actors shine in beautifully written roles that embrace an unforced multiculturalism. Reviving the tone of the sophisticated dramas of the 1950s and 1960s, Özpetek's films often revolve around the lives of the ordinary people whose lives turn upside down with a sudden event, whether it be a death or the reappearance of a long-lost love. Audiences watch as an ordinary life leads to the discovery of unacknowledged possibilities.

Born in Istanbul, Özpetek moved to Italy to study cinema history at Sapienza University in Rome. After completing his studies, he attended classes at the Navona Academy and attended directing classes at the Silvio D'Amico National Academy of Dramatic Arts, the only state school in Italy for training actors and directors.

Özpetek won his fame and critical acclaim with his first directorial debut, "Hamam," released in 1997. The movie, an Italian, Spanish and Turkish coproduction, was screened at the Cannes Film Festival and other renowned festivals around the world. "Harem Suare" followed in 1999, which Özpetek shot in Turkey. Set during the fall of the Ottoman Empire, the movie told the story of Safiye, the woman who became the official wife of the sultan. The movie was shown in the Un Certain Regard section at the Cannes Film Festival, the London Film Festival and the Toronto International Film Festival.

After, "Le Fate Ignoranti" (His Secret Life), which won numerous awards for the director, he released "La Finestra di Fronte" (Facing Windows), possibly the most heartbreaking, popular and award-winning of his movies to date. Giovanna Mezzogiorno plays the heroine Giovanna, an emotional young woman stuck in a graying marriage and the unexpected stranger Simone/David is played by Massimo Girotti, a Holocaust survivor who takes refuge in Giovanna. As she becomes aware of the young man living across from her, she eventually falls in love with him.

When the old man is temporarily taken in by Giovanna's husband into their home, her whole world starts to change. A poetic and gentle story, the film won multiple awards, including five David di Donatello, four Ciak d'Oro and three Globo d'Oro awards. Due to the film's success, it was also distributed by Sony Pictures Classics in North America.

With a notable cast, his 2007 film, "Saturno Contro" (Saturn in Opposition) again won various awards. Özpetek also served on the jury of the 64th Venice International Film Festival. The year 2008 brought a few changes to the life of the director when he ended his partnership with producers Gianni Romoli and Tilde Corsi and ventured into a new one with Domenico Procacci and his Fandango Company. In 2008, New York City's Museum of Modern Art screened all his movies, making him one of the few Italian directors to be given such an honor. His film, "Mine Vaganti" (Loose Cannons), in 2010 won him the title of Lecce's Honorary Citizen as the film focuses on the family issues of a household in Lecce and was one of the few movies Özpetek set outside Rome.

For those who missed humanistic cinema where his characters are readily available to offer kindness to strangers and his signature tracking camera style, this may be the weekend to visit the movie theaters. The movie opened yesterday in all metropolitans and in few cities in Anatolia.