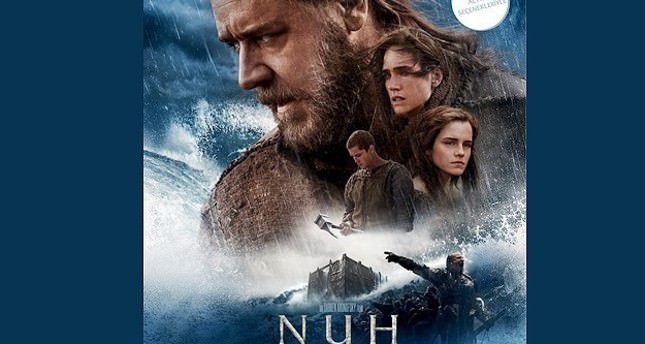 by AA Apr 08, 2014 12:00 am
ANKARA — A case of an inability to distinguish the line between fact and fiction occurred in Turkey on Monday when a lawyer complained about the 2014 movie "Noah," accusing it of insulting Islam as it visually portrays the prophet.


Lawyer Yusuf Erikel appealed to a court in Istanbul, demanding an all-persons-fictitious disclaimer that says "This work is fictitious and any resemblance between the central character and Prophet Noah as mentioned in the Quran is purely coincidental" to be screened before the film starts.
In his petition for injunction, Erikel called himself "A faithful Muslim and a descendent of Prophet Noah."
The film, based on the biblical story of Noah's Ark starring Russell Crowe as the lead character and directed by Darren Aronofsky, has faced bans in a number of Muslim-populated countries including Qatar, Bahrain and the United Arab Emirates for contradicting the teachings of Islam.
In many Islamic juristic schools, the portrayal of prophets is generally discouraged.
Last Update: Apr 08, 2014 6:59 pm
RELATED TOPICS