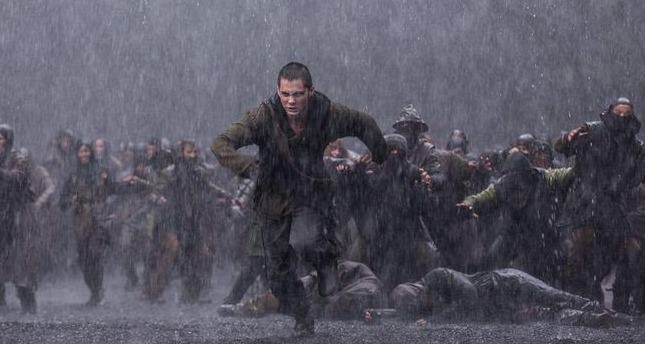 EXETER, England — Employees at the Vue cinema in Exeter, discovered excess water in the building on April 4 and had to close the theater. Ironically cancelling the first showing of Noah.

"We can confirm that there was flooding at the Vue Exeter on Friday, April 4, due to a problem with an ice machine," a spokesperson for the cinema told local news outlets.

The film starring Russell Crowe is expected to become one of this season's biggest blockbusters and opened across England on Friday. It tells the story of Noah's vision of Earth destroyed by a flood and he decides that 'The Creator' wants him to build an ark to protect the world's innocent animals.

Two months before the movie went to screening, the main actress of Noah, Emma Watson had fallen ill after drinking 'stagnant' water on the set of the movie Noah, causing the director to ban plastic bottles.

The 23-year-old told Wonderland magazine, 'I was so tired one morning I picked up a mug from my trailer and drank some stagnant water that had been there for the duration. I was so ill.'

Flood of complaints for Noah

Despite huge success at the box office, director Darren Aranofsky's movie "Noah," which opened in cinemas all across Turkey last Thursday, is continuing to stir controversy.

Muslim theologists in Turkey also joined in the discussion and many, like their Christian counterparts, have slammed Aranofsky's retelling of the flood story, which is mentioned in the Quran, Torah and Bible. The film features Russell Crowe as Noah in addition to Jennifer Connelly and Emma Watson.