Prison movie from a psychotherapist 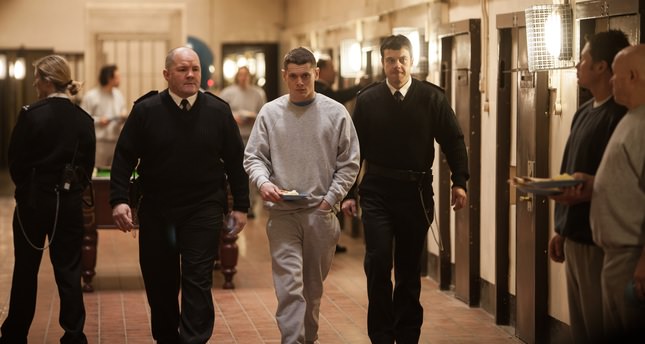 Jonathan Asser, who wrote the screenplay for prison movie "Starred Up," tells Daily Sabah that the main characters in the film are reflections of parts of him and that his 12-year experience as a psychotherapist helped

Prison movies are either hit or miss.

The line between too much brutality, testosterone and sentimentality verging on emotional exploitation is very thin. David McKenzie's "Starred Up" definitely isn't a miss, adding an additional layer to the entire prison drama genre. Insider information added by scriptwriter Jonathan Asser based on his first-hand experiences makes the story more powerful, along with exquisite directing and acting. While Asser was in Istanbul for the film's screenings at the 33rd Istanbul Film Festival organized by the Istanbul Foundation for Arts and Culture, we met up over a morning coffee to discuss both the movie and his experiences working at HMV Wandsworth Prison in the U.K. Shot in North Ireland, "Starred Up" is an eye-catching drama depicting the brutality of prison conditions, from violence between the inmates to the mischief of the prison guards. The troubled young soul, Eric, played by the famous Channel 4 drama "Skins" actor Jack O'Connell, is starred up, or moved to an adult prison from the juvenile detention center where he must survive by constantly reasserting himself.

But Eric is not alone. He has Oliver, played by the talented Rupert Friend; the prisons' therapists, who strongly believe anger management may work miracles on the boy; and Eric's father, with whom he has a turbulent relationship.

While many would guess, and as asserted in many newspaper articles, Oliver would be the alter-ego of Asser. When asked, Asser said the three main characters were reflections of parts of him. He further noted Eric was not anyone he met in real life or a stereotype he encountered while working in the prison. But he was his id, "whatever that means," Asser added. Despite whether Oliver is the onscreen persona of the scriptwriter or not, the therapy sessions are one of the strongest elements in the film.

I asked about how things were in real prisons, whether therapy groups at prisons were as effective as they seem in the film. "I cannot say anything except for my own work, but I do know that my work did," replied Asser.

Working with his self-styled "encounter groups" for violent inmates at Wandsworth Prison, Asser noted he was always against segregation and punishment, the two defining characteristics of the current prison system in the U.K. Unlike in the film, the current system does not assign a good-looking therapist to violent prisoners, but instead cold, lonely stone walls at which you spend your days staring. "And that's what's wrong," Asser says. "The prison creates risk as you put violent people together in an isolated, closed setting. Then, when actual violence occurs, the only solution the current system has on offer is separating them."

Therefore, in his 12 years in the prison service, he worked to create an alternative and devoted his time to the approach he called "shame/ violence intervention" (SVI), as he believes violence is rooted in personal shame. "You would expect blood stains on the wall," said Asser, but because it did work there was no record of violence or conflict.

But like Oliver, who has to assert himself in the corrupt system in the film, Asser encountered resistance to his program that was stopped by the prison system at the end of the 2000s.

One would assume that with his work being stopped he immediately resorted to turning his experiences into a script.

But no, Asser noted writing was his therapy for a long time and the script was in the works since 2004. He previously had a poetry book out called "Outside the All-Stars" that describes how he ended up writing a script as a complete coincidence: an agent approached him and encouraged him to write a script because he had a very strong visual imagination. That is how the script of "Starred Up" started.

"Throughout the writing process, I had the whole movie scene-byscene in my head," said Asser. He also said he had no directors or actors in mind, nor did he ever think the movie would be such a success.

And the movie is indeed a success

Already winner of the Best British Newcomer award and nominated for Best Film at the 2013 London Film Festival, the critically-acclaimed film also impresses with its acting, especially that of up-and-coming O'Connell. His presence fills the screen and he thrives in the uncontrollable, fearless and wild role. Asking what comes next for Asser, who was astounded by the limelight, red carpets, award ceremonies and interviews, he answered he already has another script down and is working on a TV project.

We will see where Asser will take his audiences next, but we know for sure he won't be going back to the prison system anytime soon.
Last Update: Apr 15, 2014 1:28 am