The Lunchbox comes with a surprise 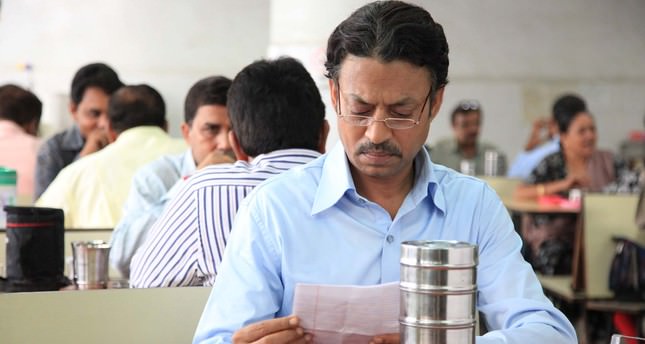 While Raj Kapoor's 'Avera mu' and Bollywood is what comes to people's minds when we talk about Indian cinema, Ritesh Batra's heartfelt romance 'The Lunchbox' brings the light of hope carried by two lonely hearts lost in crowds to the big screen

We are in Mumbai.Saajan has been grieving since his wife passed away, and Ila is determined to cook her way into her husband's heart, hopelessly preparing delicious food every day and sending it to her husband's office in a lunchbox. Then one day, through a rare mix up, the lunchbox reaches Saajan instead of Ila's husband. Noticing that her husband is still indifferent to her and never mentions anything about the food, she becomes aware of the mix up. Ila writes a note to Saajan, which then evolves into a series of sincere notes exchanged between them via the lunchbox.

Irrfan Khan, who achieved international fame in "Life of Pi" as the adult version of the main character and appeared in "The Namesake" and "Slumdog Millionaire," shines as the lead character, Saajan, possibly one of his best performances to date. Nimrat Kaur stars as Ila, while Nawazuddin Siddiqui comes to the screen as Shaikh.

Indian director Ritesh Batra's simple story revolves around modest people who are lost in their own sadness but find comfort in each other's letters. The director based his story on the famous "Dabbawala" system used frequently in Mumbai. A dabbawala is a person who is a part of a delivery system for collecting hot food in lunch boxes from the homes of workers in the late morning and delivering those lunchboxes to the necessary workplace. Then in the afternoon, they bring back the empty lunch boxes, and the established system never fails.

But once in a million times it does, just like in "The Lunchbox," resulting in the encounter of housewife Ila and officer Saajan. The little notes they keep exchanging gradually develop into mutual compassion and affection, becoming their only hope in their otherwise empty and lonely lives.

Indian culture and cosmopolitan daily life are also colorfully reflected on the screen.The film also features the multiple religions and traditions of India, since Saajan, who is about to retire, is a Christian, while Ila is Hindu, and Saajan's younger colleague Shaikh is a Muslim. The feelings of loneliness and alienation that feel in the massive city tie them together. What started with a coincidence soon develops into a connection none of them dares to lose. While Ila and Saajan need new hopes to hold on to, Shaikh needs to sail on to new horizons - with the help of Saajan.

Along with the main characters, Ila's Auntie, her neighbor, is another important character, acting as Ila's confidant and mentor, and their chats become one of the most charming parts of the film.

The film keeps interest alive, and the tempo never drops with many questions:Will Ila and Saajan, who have never met before, meet in the end? Are they brave enough to change their lives forever?Will Shaikh - Saajan's successor and competitor - get the backing he needs from Saajan at work? These and many more questions are waiting to be answered throughout the film.

The difficulties of living in a metropolis, the twists and turns one encounters while climbing up in his or her career, losing hope, depression and to what degree relationships are affected by differences in social status are all absorbed in the story. Such details linger in the background, turning the romance into a deeper film. Saajan's distant attitude in the workplace, his conversations on bus rides and his relation to the owner of the restaurant he usually eats at all show the multiple facades of daily life. Ila's lack of communication with her husband and her chats with her neighbor provide a different perspective on daily life in Mumbai.

Batra's film will draw you in, and you will not have enough of it in the end.