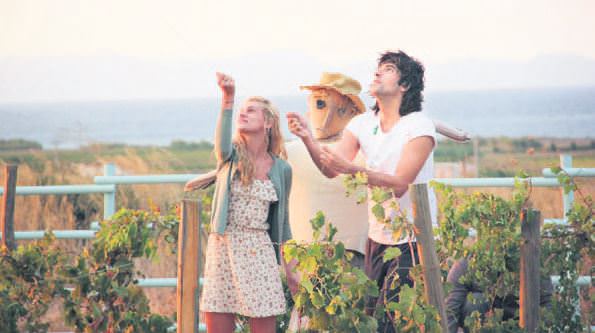 For the sixth time this year, Montreal, Canada will welcome some of the best examples of Turkish cinema

ISTANBUL — Featuring award-winning and shortlisted films and documentaries, the Montreal Turkish Film Festival will take place from May 9 to 15 at Cinema du Parc, Montreal. The festival will screen films by young gifted directors.

Turkish films will be introduced to Montreal audiences during the one-week festival and as part of the celebrations for the 100th year of Turkish cinema. There will also be free film sessions at La Gitane Turquoise. The festival's opening film is "Bir Küçük Eylül Meselesi" (A Small September Affair), directed by Kerem Deren. Starring Farah Zeynep Abdullah and Engin Akyürek, the film tells the story of the girl who has it all - the looks, the family and the money, until one day she forgets the last month of her life. Her family and friends keep telling her that everything is alright but Eylül is aware that something is not right. She sets off to Bozcaada to chase the one month she cannot remember.

Tamer Levent shares the screen with Burcu Görek and Buket Kurt in "To Be," which will also be screened during the festival. The movie portrays the violence that took place during the Gezi Park protests and the lives of those who were affected.

The multi-award winning "Bir Kelebeğin Rüyası" (A Butterfly's Dream) will is another film to be screened at the festival. The film fascinated Hollywood audiences and was nominated for an Oscar this year in the Best Foreign Film category. It was also screened for the opening of the London Turkish Film Festival.

More information is available on the festival's official website: www.festivaldufilmturc.org.