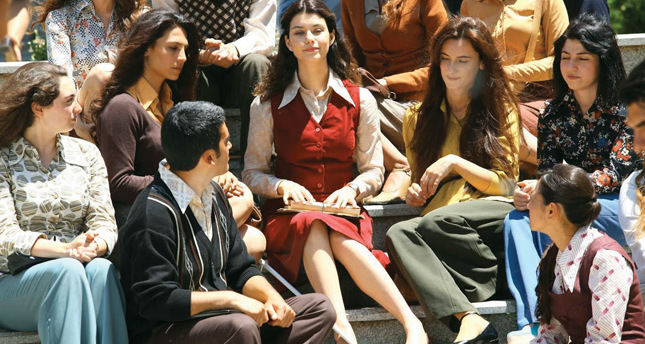 by Nur Özdil May 08, 2014 12:00 am
ANKARA — Last year, the Ankara Accessible Film Festival (AEFF) presented film screenings for people with visual and hearing impairments for the first time. This year's festival will take place between May 20 and 25. The AEFF is Turkey's first film festival for disabled individuals introduced with the motto of "let's watch cinema altogether." Apart from basic education and transportation services, the event highlights the significance of cultural events.

The AEFF features various films in sign language for audiences with hearing loss and audio-descriptions for audience members with impaired vision. Audience members without disabilities will be able to watch the screenings with a headset, which will be available on request at the film venues. The event consists of eight different sections including competitions, film screenings for disabled children and panels on cinema history.

There will also be Q&A sessions and specialized workshops with film casts and directors. Recently released Turkish films will be awarded in different categories such as best film, director and screenplay. The audience will also be allowed to vote and award films with the Audience Special Award. The festival will be held at Ulucanlar Prison, Turkey's first prison turned into a museum and culture center in 2011. Ulucanlar Prison was known for hosting well-known names names from the politics, literature and cinema scene such as late Prime Minister Bülent Ecevit, actor Yılmaz Güney, author Kemal Tahir, as well as poets Necip Fazıl Kısakürek and Nazım Hikmet. Free film screenings can be seen at the Contemporary Arts Center of Ulucanlar Prison.
Last Update: May 08, 2014 2:15 am
RELATED TOPICS