Cannes opens with glamour and controversy 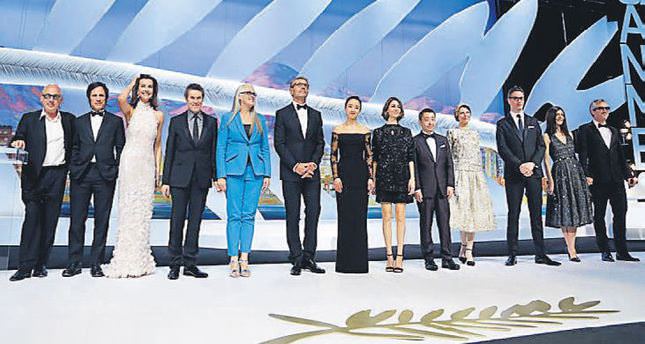 CANNES — The movie's star Nicole Kidman, Sofia Coppola, Willem Dafoe, Audrey Tautou and jury head Jane Campion were among the film world luminaries who walked up the 24 steps of the festival hall in the French Riviera resort, under the cool gaze of the late Italian heartthrob Marcello Mastroianni whose giant portrait adorned the facade. Ryan Gosling, David Cronenberg and Sophia Loren are also set to make an appearance later in the 67th Cannes Film Festival, where directorial big guns will go head-to-head in a year of comebacks, swansongs and star debuts. But for film-makers behind the opening movie, the festivities were bittersweet as the Monaco princely family furiously disavowed a film they say bears no resemblance to reality and critics who got a sneak preview made no secret of their contempt. "The cringe-factor is ionospherically high," The Guardian film maestro Peter Bradshaw wrote. "A fleet of ambulances may have to be stationed outside the Palais to take tuxed audiences to hospital afterwards to have their toes uncurled under general anesthetic."

On the red carpet, Kidman sparkled in a blue, jeweled strapless dress, smiling for the cameras next to downcast-looking French director Olivier Dahan. In the film, the Australian-born actress portrays an unhappy Grace who sleeps in a separate bedroom to Prince Rainier, even contemplating divorce before rising to the challenge of being a princess and helping her lost husband solve a 1962 political crisis with France. Grace's children Prince Albert II and his sisters Caroline and Stephanie have publicly rejected a film they say "has been misappropriated for purely commercial purposes." "This film should never have existed," Stephanie of Monaco told local daily Nice Matin.

Describing the controversy as "awkward" in a press conference earlier on Wednesday, Kidman sought to reassure the family that the film bore no "malice" towards them or towards Grace and Prince Rainier, played by a chain-smoking Tim Roth. "It's fictionalized, it's not a biopic," she said, echoing what Dahan has previously said. The French director had been locked in a long-standing tussle with U.S. distributor Harvey Weinstein over the final version of the film. Weinstein had reportedly considered dropping the rights to the film altogether, but Dahan said Wednesday an agreement had been reached under which the movie mogul will distribute the French director's version in the U.S. "There is no dispute anymore, everything has been resolved. We're working together, and I'm happy about it," Dahan told reporters.

According to entertainment industry magazine Variety, Weinstein will acquire the rights for considerably less money than he had originally
planned to pay.