'Chaos is merely order waiting to be deciphered' 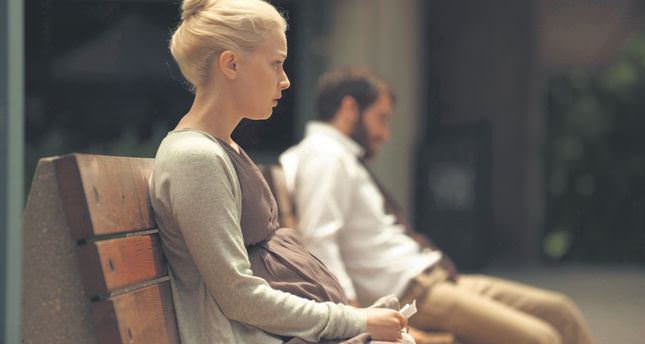 by Özkan Binol May 17, 2014 12:00 am
Screened at the 33rd Istanbul Film Festival, "Enemy," starring Jake Gyllenhaal and Melanie Laurent, is based on Jose Saramago's novel, "The Double." In the hands of acclaimed director Denis Villeneuve, Saramago's novel has been transferred to the silver screen by preserving the essence of the novel. The film, which depicts the incapability of humans against nature and the fragility of human nature itself, impresses both with its cinematography and with Saramago's strong underlying story.

The film tells the story of Adam Bell (Gyllenhaal), a history professor at a university, who feels stuck in his life. To get out of the rut, he decides to track down an actor and his doppelganger named Anthony Clair (also Gyllenhaal), who he sees in a rented film. The two identical men meet and from then on their lives become intertwined. For the viewer and the characters, it soon becomes hard to understand what is real and what is not.

In today's modern world, the feeling of alienation from your true self and mental confusion is one of the biggest problems people face on a day-to-day basis. Psychological illnesses are increasing with ever-expanding urbanization, and the stark characterization of Toronto, in which the film is set, plays into that theme. Such are the complexities of modern life, it is not that hard to understand Adam's desire to become someone else.The film opens with Anthony, the lead character Adam's double, in an "adult establishment," filled with erotic dancers. A spider is brought onto the stage and is smashed under the heel of a dancer Anthony is obsessed with. He identifies himself with the spider due to the guilt he feels for cheating on his wife. This is the point where the mental link between the two characters starts and the two men become entangled with one another. "Enemy" is a mysterious story about the battle between good and bad, right and wrong, beauty and beast. Adam's close pursuit of Anthony's life soon leads to chaos, as the characters become confused about their own identities.

The viewer's mind gets clouded as well. Director Villeneuve does not immediately reveal the situation Anthony and Adam find themselves in and instead of reaching a conclusion, offers multiple solutions, leaving it up to the viewer to decipher the chaos.

Villeneuve gives away many clues, making it easier for the observant viewer to solve the mysterious plot. For example, Adam finds a photo of him and his wife Helen in Anthony's house in an undamaged condition, a photo that is normally torn. Further, Adam, who works at a university, is also suspicious since he constantly enters empty classrooms and talks about dictatorship whenever he gives a lecture. Is it possible that the dictatorship he is talking about refers to women's domination over men? Or dictators keeping the public in ignorance, having absolute power? The answer is hidden in a Kafkaesque scene.

The author of the novel, Saramago, has witnessed the social destructions of our time. He suffered the cruelty and aftermath of World War II, suffered at the hands of fascism and felt the pain in concentration camps, and he has metaphorically touched on these issues in his novels.

Like Saramago, the director also tells the story metaphorically. In the most crucial scenes, we are welcomed by giant spiders, and those spiders possibly represent our minds, the darkness and isolation. Maybe it is us that weave the spider webs in our minds, and as the webs get tangled, we start getting away from our true selves, becoming estranged and becoming our own enemy. "Enemy" is an enigmatic journey that grips and pulls the viewers in, a mind-bending psychological thriller that is hard to shake off after the finale. Gyllenhaal also thrives in his role portraying two completely opposite characters, Adam and Anthony.
Last Update: May 17, 2014 2:22 am
RELATED TOPICS