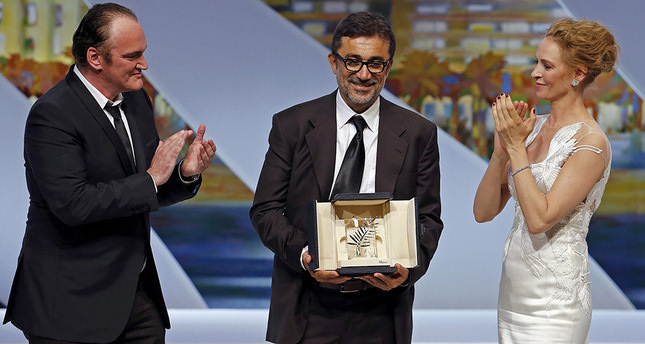 by Associated Press May 24, 2014 12:00 am
CANNES, France — Turkish drama "Winter Sleep" has won the Palme d'Or, the top honor of the Cannes Film Festival.

Director Nuri Bilge Ceylan dedicated the award to "the young people in Turkey and those who lost their lives in the last year." A coal mine fire in Turkey recently killed 301 workers.

Running more than three hours, "Winter Sleep" is about a family running a hotel in the snowy Turkish hills and their strained relationship with their village tenants.

Best actor went to Timothy Spall who stars as British painter J.M.W. Turner in "Mr. Turner." Julianne Moore won best actress for her performance in the Hollywood satire "Maps to the Stars."
Last Update: May 25, 2014 11:24 am
RELATED TOPICS