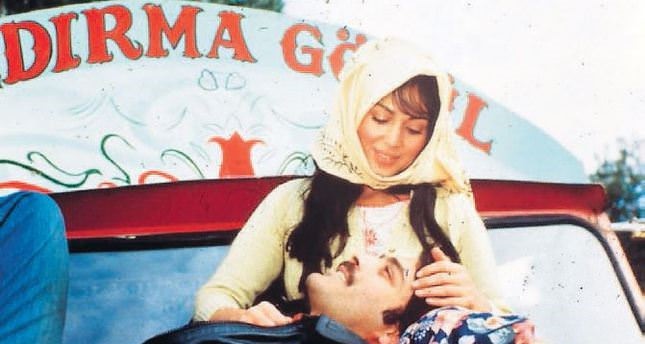 The list includes films from directors who've received awards in various film festivals to those banned for political reasons. Marking the 100th year of Turkish cinema, the Turkish Culture and Tourism Ministry rolled up its sleeves for the tough task of selecting the 100 best Turkish films. The ministry launched an Internet vote to decide among 300 films released between 1923 and 2013. Starting its historical journey with military officer Fuat Uzkınay's "Ayestefanos'taki Rus Abidesi'nin Yıkılışı" (The Fall of the Russian Monument in Ayastefanos) dating back to 1914, Turkish cinema is being promoted through landmark events.

Turkish Culture and Tourism Minister Ömer Çelik stated that the principal reason for organizing the competition is to raise the public's interest in Turkish cinema. "Turkish cinema looks more promising thanks to recent prestigious awards and international festivals," said Çelik. He indicated that Turkish cinema has produced many successful and commendable productions in the last century. "The best 100 films are going to be determined by the public," he noted. Previously, a special nominating committee including NGOs, academics and professional associations selected 500 films. Twohundred films were later excluded from the list.

The online voting will continue until Sept. 1 and the final results will be announced during an official evening ceremony. An exhibition will feature posters of the chosen films and costumes to be prepared exclusively for the ceremony. The costumes will then be on display at the National Film Archive and Cinema Museum. Online voting is available on the following websites: www.100yil100film.gov.tr and www.yuzyilyuzfilm.gov.tr Among the other highly-respected directors are Yılmaz Güney, Atıf Yılmaz, Ömer Kavur and Çağan Irmak. The voting list also includes certain banned films such as Metin Erkan's black-and-white drama "Susuz Yaz" (Dry Summer) and "Sevmek Zamanı" (Time to Love). "Hakkari'de Bir Mevsim" (One Season in Hakkari) was banned in Turkey for five years.