Master of cinema dies from cancer 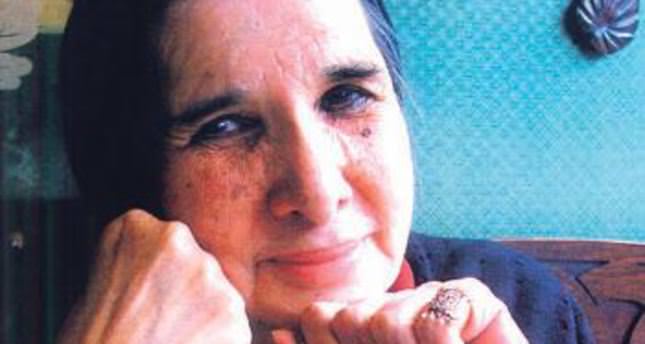 One of the most respected figures in Turkish cinema, scriptwriter and thinker Ayse Sasa, passed away early yesterday. Her funeral will be held in the Fatih Mosque today at noon

Veteran figure of Turkish cinema, scriptwriter and thinker Ayse Sasa passed away in the early hours of Monday. Sasa had spent his last month in intensive care but had been receiving cancer treatment for a long time previous to that. The funeral will be held at Fatih Mosque following noon prayer; many will remember his fruitful life of 73 years. Daughter of a Circassian mother and a Circassian-Kurdish father, Ayse Sasa was born in 1941 in Istanbul.

She graduated from the American College for Girls in Arnavutköy in 1960 and then studied at the Faculty of Administrative sciences in Robert College from 1963 to 1965. Sasa wrote scenarios from 1963 on. The writer had a close friendship with Kemal Tahir, who was greatly influential over her. She was married thrice, the second of which was to the famous Turkish Director Atıf Yılmaz. The writer completely withdrew from the world of cinema during a psychological disease that lasted 10 years. After this period, she developed herself intellectually. She had deep insights regarding the works of Ibn Arabi and Andrei Tarkovsky.
Last Update: Jun 17, 2014 1:39 am
RELATED TOPICS