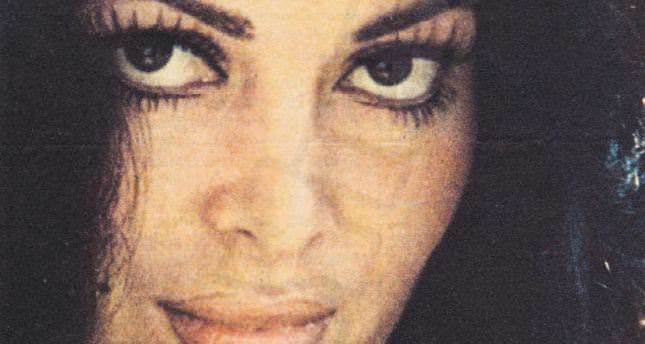 Türkan Şoray, so called 'Sultan of Turkish Cinema' has been the most recognisable film star in Turkey for nearly 50 years. Having starred in more than 150 films, Sultan is beloved by Turkish film-lovers as she embraced all roles in society, from a poor city girl to a celebrity, from a peasant woman to a member of the working class

If you held a street survey, some Turkish people wouldn't even know the names of many current celebrities - but you'd find far fewer who didn't know Türkan Şoray, perhaps the most famous Turkish movie actress ever who has made more than 200 films since the early 1960s. Şoray is the so-called sultan of Turkish cinema.

The name, "Sultan" or sometimes "Türkan Sultan" was given to her by the people and not by the mass media after the film "Sultan Gelin" (Sultan Bride) in which she played a young woman who was the victim of bad traditions. She has generally played the role of the oppressed but resistant female character.

Though most of her films were romantic comedies, melodramas or situational comedies, the films through which she gained the love of the people were socially conscious dramas, including "Acı Hayat" (Bitter Life, 1962), "Çalıkuşu" (The Wren, 1966), "Vesikalı Yarim" (My Prostitute Love, 1968) "Sultan Gelin" (Sultan Bride, 1973) and foremost, the legendary "Selvi Boylum, Al Yazmalım" (The Girl with Red Scarf, 1977), which was based on a short story by the great Kyrgyz writer Çengiz Aytmatov.

Türkan Şoray was born on June 28, 1945, in Istanbul. Her father, Halit Şoray, was a public servant, and her mother Meliha Şoray was a housewife.

Şoray's family were ordinary people without any social or economic privileges and had little to no direct effect on her incredible career in cinema. The only significant thing about her parents is that they divorced when Türkan was only nine years old. This should have affected her badly as a child. Perhaps, this is the reason why she seems to be starved for the love.

Indeed, her childhood ended when her parents divorced. Her father left home and married another woman while her mother began to work at a tire factory. Türkan had to take care of their house and her little sisters Figen and Nazan, who would later become a celebrity as well.

Türkan, her mother and sisters had to move from one neighborhood to another because of money troubles. When they moved to Karagümrük, an old and humble neighborhood in the Fatih district of Istanbul, Türkan made friends with Emel Yıldız, their landlord's daughter who played small roles in Yeşilçam movies. Once, she accompanied Emel to a film set where Türker İnanoğlu, a famous filmmaker who was then an assistant director, discovered Türkan Şoray and convinced her to act in movies. Her long-lasting cinema career began as a teenager - she played her first role at only 15 years old.

Her mother, however, did not want her to be an actress, but she couldn't resist the fact that her daughter would help her by earning money for the family. Türkan made a quick start in the acting business, making a film nearly every month for the first 15 years of her career. She acted in more than 150 films by the mid-1970s when Turkish cinema underwent a big crisis. There was the oil crisis around the world and the Turkish economy was in crisis, too, which led to filmmakers making fewer films. Thus, Şoray, too, worked less often, but she played greater roles than ever. Many of her prominent films date to the second half of the 1970s.

After taking roles in a couple of romantic films, she was discovered by the press. Interviews and magazine cover features followed. As a new celebrity, she received too many offers from film producers. Yet, the first quality film that made her a big star was "Acı Hayat" (Bitter Life), by the great Turkish director Metin Erksan. "Acı Hayat" was a new type of film even for filmmakers and the audience was shocked as well. Though it was a love story, it was neither a comedy nor a melodrama and it did not offer an abstract version of romanticism. Erksan tried to present the tragedy of struggling individuals, a man and woman, within a realistic social context. "Acı Hayat" was a great triumph for Turkish cinema, which at that time was trying to get rid of old theatrical fashions and become a true industry created by real filmmakers.

It's interesting to note that aeven though the lead actor and actress playing the lovers in "Acı Hayat," Ayhan Işık and Türkan Şoray, were not of the same generation, they they had wonder chemistry on screen. Işık was 32 and Türkan 16, but the audience did not notice the age gap. It was the bitter story of bluecollar lovers - metalworker Mehmet and manicurist Nermin. Mehmet and Nermin plan to get married, but they cannot because of money problems. Meanwhile, a playboy, Ender, abuses Nermin and convinces her to marry him instead. Ender also orders his bodyguards to kill and bury Mehmet to get rid of him. They shoot and bury him but he survives and takes his revenge in a Monte Cristo fashion. He uses the playboy's sister Filiz and at the end kills Ender. The whole story leaves a bitter taste in the mouth.

By this time, Şoray was one of the most popular actresses in Turkish cinema. She always received offers from producers, and she never stopped making films, acting in 12 to 13 films a year. The majority of these films were commercial productions that drew large audiences. Türkan Şoray, so called 'Sultan of Turkish Cinema' has been the most recognisable film star in Turkey for nearly 50 years.

Having starred in more than 150 films, Sultan is beloved by Turkish film-lovers as she embraced all roles in society, from a poor city girl to a celebrity, from a peasant woman to a member of the working class

Türkan Şoray was not a standard movie star. She always had enough courage to contribute as an actress to the initiatives of Yeşilçam cinema. She played nearly every kind of female role including those of a peasant, poor city girl, high society lady, member of the working class, half-mad landlady and even a prostitute. However, she always conveyed her personal aura in the characters she played. Consequently, the audience did not see the prostitute she played in "Vesikalı Yarim" as an ordinary lady of ill repute but rather empathized with her circumstances. Türkan Şoray's multi-faceted acting peaked in "On Kadın" (Ten Women) where she played 10 different characters with various social roles and outlooks.

In the late 1960s and early 1970s, as Turkish cinema was inclined toward social realism (not to be confused with socialist realism), Şoray was among the leading actors and actresses in the genre.

Four actresses have been said to be the zenith of acting in Turkish cinema:

Türkan Şoray, Hülya Koçyiğit, Fatma Girik, and Filiz Akın. I think the most creative and passionate of this "Magnificent Four" is Türkan Şoray, as did the Turkish people who gave her the name "Sultan," an obvious distinction from the others.

Türkan Şoray also directed some films - and they were good - but she did not continue in this work. She was trying to show that a female director could also make a good film, and she succeeded. Şoray is still active in the film industry acting in one or more movies every year, and her enthusiasm never fails.
RELATED TOPICS