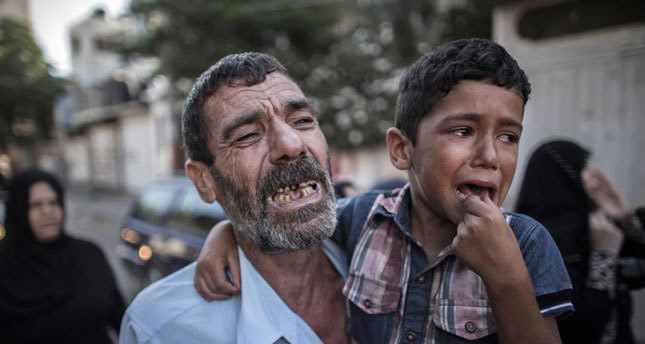 Turkish film associations and actors lined up against the ongoing deadly Israeli military onslaught on the Gaza Strip through a petition campaign on change.org. Presently, 11 film associations and 153 actors have signed up. "Innocent Palestinians have systematically been slaughtered for days. Israel is committing a humanitarian crime against women, children, journalists, the elderly and other living creatures regardless of any specific target.
We are calling on all film professionals across the world - do not keep your silence and denounce the Israeli war machine," the petition says. It was shared with foreign filmmakers and actors.