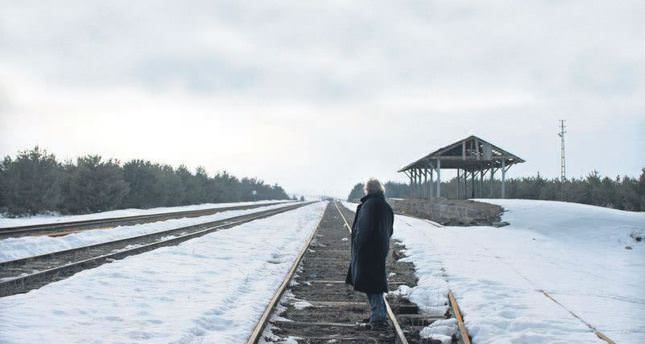 "Winter Sleep," the latest film by awardwinning director Nuri Bilge Ceylan, was submitted Monday by Turkey for potential nomination in the Oscars' best foreign language film category. The announcement came from the Turkish Culture Minister Ömer Çelik via his Twitter account. "I wish Nuri Bilge success and I hope that he will show the same success at the Oscars as he achieved great success in the international arena," Çelik said.

Despite the selection by Turkey, the film has a long way to go before it can think about winning an Oscar. Every country is invited to submit one film the to U.S.-based Academy of Motion Picture Arts and Sciences. Those films are then evaluated by the Foreign Language Film Award Committee, which selects the five nominees for best foreign language film.

The winner will be announced at the Academy Award ceremony in February 2015. "Winter Sleep," or "Kış Uykusu," which won the Palme d'Or for best film at Cannes, is set in modernday Turkey. The 186-minute movie portrays the decaying relationship between an Anatolian hotel owner and his wife as his sister grapples with the aftermath of a divorce.

Unlike the Academy Award for Best Picture, which goes to the winning film's producers, the Foreign Language Film Award is not given to individuals but to the submitting country. Turkey's choice did not surprise film critic and writer Atilla Dorsay. "I believe "Winter Sleep" is Nuri Bilge's most original movie and also important for world cinema," Dorsay said.

Ceylan's 2011 movie, "Once Upon a Time in Anatolia," was also submitted by Turkey but was not chosen as one of the five nominees. "Winter Sleep" is the director's most popular film, having been seen by 237,000 people and taken in nearly $1.3 million (TL 2.7 million) at the box office in its first month. In May, Ceylan brought home the Palme d'Or for the second time in Turkish history. The earlier win was for Yilmaz Guney's 1982 film, "Yol," or "The Road."
Last Update: Aug 06, 2014 1:05 pm
RELATED TOPICS