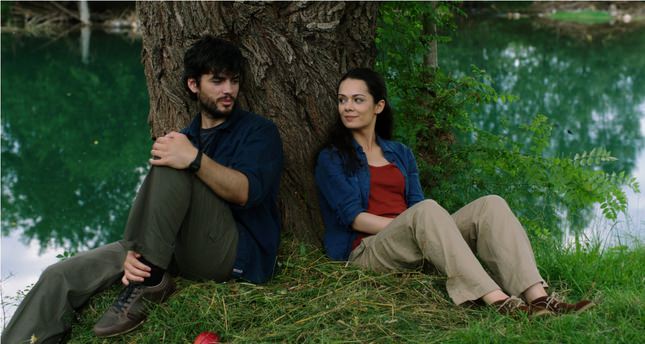 The 20th International Sarajevo Film Festival (SFF) kicked off last week with an attempt to eliminate the traces of the bloody Bosnian War, reconstruct civil society and turn Sarajevo into a flourishing culture and art center. Sponsored by the Turkish International Cooperation and Development Agency (TIKA), "Üç Yol" (Crossroads) by acclaimed Turkish director Faysal Soysal was screened on Monday as part of the festival program. He hopes to leave Sarajevo with positive feedback by international moviegoers. Before its Bosnian debut, Soysal spoke to Anadolu Agency (AA) about his first feature-length film. He first came to Bosnia-Herzegovina for the re-opening ceremony of the Ottoman-era bridge, Stari Most, back in 2003. Since then, the wellknown director never breaks his ties with the old Balkan country. Soysal said he had a chance to see various Bosnian cities, and believes that it is not enough to visit only Sarajevo.

Crossroads focuses on one common feeling, although it is addressing different issues. Soysal said artists reflect what they are influenced by. "Artwork can create different forms in the mind. When viewers from different countries watch my film, they should find something to associate with the Bosnian War or anything in their own life. It might be difficult to comprehend the film at first, since we presented foreign actors with different languages. You have to watch the film a few times. Although the film introduces complicated subjects, we received very good feedback during other film festivals," he continued. Soysal was curious about what Bosnians would say about his film. Certain scenes of the film were shot in Sarajevo.

"That's why, I would like to see whether I could touch the hearts of Bosnians," said Soysal underlining that he has followed the SSF for almost 10 years and that the festival presented higher-quality films and actors in the past.

He criticized that worldwide film festivals are losing their lively spirit and strong influence. "The SSF integrates the whole country; this is why I paid too much attention to it. There are very few festivals that gather people at historical venues. [Film] festivals take place at shopping malls and private centers, most of which people are not heard about," he added. Soysal said the SFF had a different atmosphere, but the event has lost its quality, which is heartbreaking.

The prominent director recommends that, aside from Sarajevo, visitors also see the cities of Srebrenica, Prijedor and Mostar. He called on people to visit the families of deceased Bosnians who lost their lives during the war between 1992 and 1995. "I think it is necessary to accept what happened at that time. Those who killed people have to be punished. Otherwise, the Bosnians who lost their children, father or relatives will continue to feel dejected. Nobody predicted a war here, and I think a new one can even break out because the guilty people have not been charged," Soysal continued. He went on to say that Muslims living in Srebrenica and Prijedor are still suffering. They cannot resist and are despised.

He said that people from different nations should live there in harmony. "However, if someone kills my brother or children, he has to be punished or confess his crime. Then we will be able to live in peace. Otherwise, how can we establish our relations in a safe environment?
I do not know whether someone else will attempt to kill me tomorrow again or if I will be tricked into a bad deal because those who are guilty did not confess what they did," he concluded.
Last Update: Aug 20, 2014 10:42 am
RELATED TOPICS