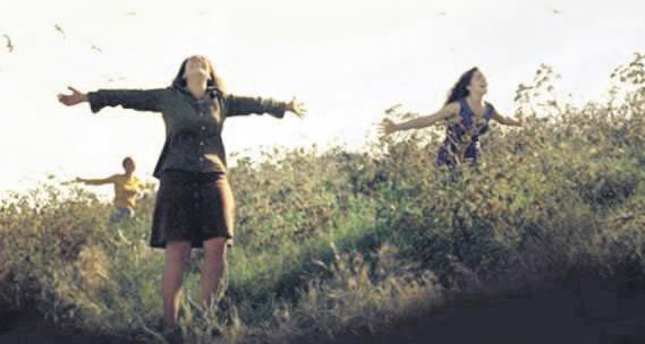 by Daily Sabah Sep 05, 2014 12:00 am
Organized by the Adana Metropolitan Municipality, the 21st International Golden Boll Film Festival will run from Sept.15 to 21 in Adana. The opening ceremony took place at Çırağan Palace with the participation of Mayor Hüseyin Sözlü and press members. "The Adana Metropolitan Municipality will continue to invest in and render service to all forms of art in general - cinema in particular. We not only support cinema in Adana, but also promote art in Turkey," Sözlü said. The one-week film festival will present the finest examples of Turkish and world cinema along with documentaries, concerts and workshops.

For the first time, some events will take place in Adana's different districts during the festival marking the 100th birthday of renowned Turkish author Orhan Kemal.The national feature film award has a TL 630,000 cash prize, while the national student film prize is TL 30,000. Additionally, the Mediterranean short film competition will present four different categories with a TL 40,000 cash prize each. The total cost of the festival including film screenings is reportedly TL 740,000.

This year's theme was announced as the "100th year of Turkish Cinema."Sözlü underlined the importance of Turkish cinema at international platforms. He said, "Within the borders of the EU and OECD countries, Turkish cinema challenges Hollywood productions with high box office revenues, although the number of local productions is less than American films." He went on to say that all forms of art including cinema and music are of significance for countries to promote and keep their culture alive in a world dominated by popular culture. Sözlü believes that Turkish cinema highly influences Turkish culture, politicians and cultural politics. The festival program coordinator Kadir Beycioğlu announced that there will be special events about Turkish and world literature as well.

Besides, an updated copy of Ömer Lütfi Akad's 1973 production "Gelin" (The Bride) will also be on the silver screen. The festival schedule includes last year's well-known films such as David Cronenberg's "Maps to the Stars" and Dardenne Brother's "Two Days, One Night."Beycioğlu stated that the cash prize significantly contributes to Turkish cinema. Certain awards can even meet a film's whole budget. "The Golden Boll is a stage where new talents are discovered and introduced to world cinema," he continued. "The festival draws a high number of viewers to Adana. We welcome moviegoers who really enjoy watching films, and film professionals always appreciate such growing interest. All premieres of the competition's films are screened to a full house, contributing to our city," he added. The head of the Film Actors Association (SODER) and actor Yusuf Sezgin said it is an honor for an actor to receive an award. "Is there something more honorable than this for us?" Sezgin expressed.