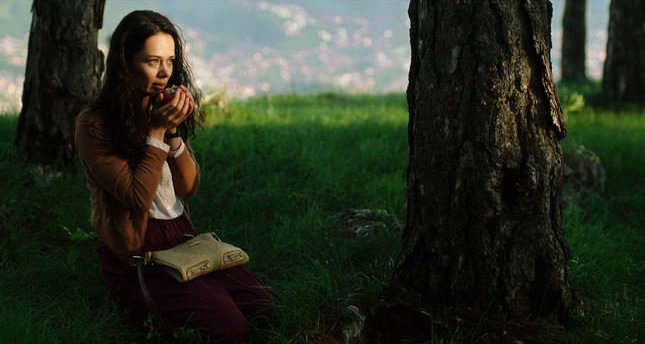 The drama won the "Best Film Award" from Turkey's Literature, Art and Culture Studies Research Association and returned from Iran with the "Best Script Award" from the Tehran Fecr Film Festival. Actor Nik Xhelilaj was also awarded the Golden Goddess for "Best Balkan Actor" at the Pristina International Film Festival for his role in "Crossroads" as Bünyamin. The prominent director later received the "Promising Young Director Award" at the Ankara Film Festival. Last month, the film was nominated for the top prize at the eighth annual Asia Pacific Screen Awards (APSA) known as the Oscars of Asia.

Soysal's debut feature film was recently screened with Russian subtitles at the 10th International Muslim Film Festival, which was held in the Republic of Tatarstan's capital city of Kazan from Sept. 4 to 12, and the Tatar audience reportedly showed great interest in the film. Following the film screening, Soysal discussed his shooting experiences and "Crossroad's" success during a press conference.

His film was presented with the TÜRKSOY Special Jury Prize at the award ceremony that took place on Sept. 12. The award is given to prestigious films to promote cinema in the Islamic and Turkic Worlds. Famous Uzbek director and scriptwriter Ali Hamrayev presented the award to Soysal. Hamrayev referred to the big success of Nuri Bilge Ceylan at Cannes and wished Soysal to be his successor in the near future.

The film's next festival destinations include the El Ojo Cojo International Film Festival in Madrid, the South Cyprus Film Festival and the Silk Road Film Festival in Xi'an, one of China's oldest cities. In November, "Crossroads" will also appear as a special film screening at the International Crime and Punishment Film Festival in Istanbul. Marking his name through various awards and renowned short films, Soysal creates his own cinematic language by reinterpreting the film techniques of legendary directors Andrey Tarkovski, Ingmar Bergman, Behram Beyzai and Theodoros Angelopoulos whose styles are considered either classic or old-fashioned.

He presents a triangle of reality, dreams and love in his film reflecting the East and the West, the new and the old and the present and future interpreted in a unique and modern way. The award-winning film portrays Bünyamin's love for Zrinka (Züleyha).

Born in Batman, Bünyamin is a poet who becomes alienated from the modern world and struggles to find his own way like Yusuf, the legendary character inspired by the Quranic narrative of Joseph, who searches for his lover "Züleyha" in a well. Bünyamin's childish game leads to the death of his childhood lover, Zeliha. He later travels to Bosnia to escape his past, but feels suffocated when Mostar turns into a grave of mass deaths with suicides and losses at the time of the Bosnian War. Meanwhile, Bünyamin meets Bosnian psychologist Zrinka who offers him the love he is looking for in his dreams. While he is working at the commission of losses with his colleague Amor Masovic, he finds the bones of two young Bosnians killed during the Srebrenica massacre in a well. The image of the well reminds him of the past that he has to face. However, Zrinka saves Bünyamin from depression and surrounds him with her peaceful love.

To deserve Zrinka's love, Bünyamin returns to Hasankeyf to face his tragic past. However, she never hears from him again and travels to his hometown only to find other surprises waiting for her in Hasankeyf. "Crossroads" creates a new cinematic language in Turkish cinema with its poetic and surrealist visual images, artistic direction and dynamic scenes. Featuring three different roads from Malabadi, Batman and Hasankeyf, the film is the first local production set in Bosnia and Turkey that deals with the Srebrenica massacre. Undoubtedly, Soysal will demonstrate his artistic talents in his second feature film as well.
Last Update: Sep 17, 2014 1:56 am
RELATED TOPICS