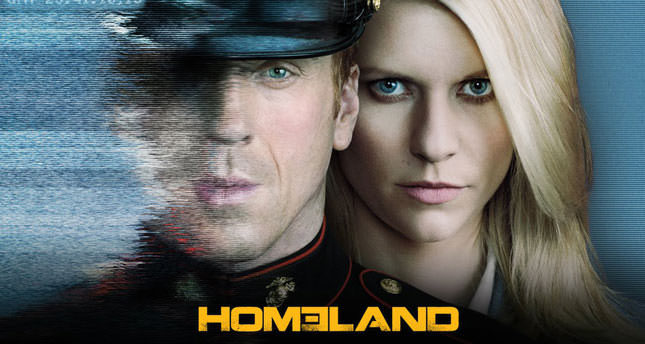 by Daily Sabah Oct 04, 2014 12:00 am
At the end of the third season of the famous American TV series "Homeland," agent Carrie Mathison - portrayed by Golden Globe Award-winner, Claire Danes - was assigned to the Istanbul Bureau by her managers. It was planned that the fourth season of the series would be shot in Istanbul and around Turkey. However, Danes told the New York Times that the producers cancelled shooting in Turkey. As part of the acceptance procedure for foreign productions in Turkey, Turkish officials wanted to scrutinize the scenario due for security reasons. It was presumed that the Turkish season of the series might include elements that would defame Turkey's prestige. However, the producers did not agree that the scenario required scrutiny. Therefore, Turkish officials decided to refuse the shooting as it might depict Turkey in an unpleasant way. The possible substitution for the Turkish theme is Pakistan as the trailers indicate. The series has already included various areas of the world, including Lebanon and Venezuela.

The political thriller TV series features Mathison, a Central Intelligence Agency (CIA) officer who has bipolar disorder, and suspects that Nicholas Brady, a U.S Marine Corps scout sniper, was turned into an enemy, while he was held captive by al-Qaida. The series has been quite successful and attracted many viewers even though a significant number of people find it Islamophobic.