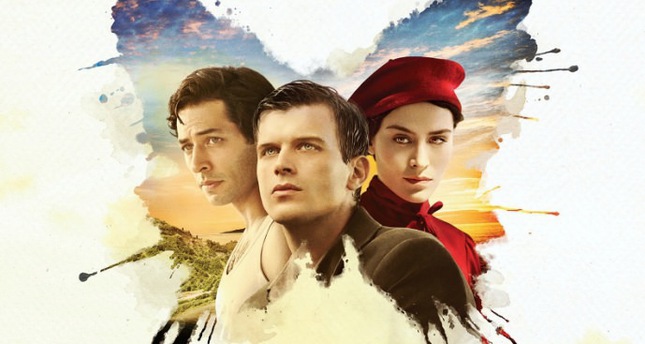 Terra di Siena Film Festival is considered one of Europe's major film festivals. Starring Kıvanç Tatlıtuğ, Mert Firat and Belçim Bilgin Erdoğan, the movie The Butterfly's Dream - or Kelebeğin Rüyası in Turkish - is set in 1940s Turkey and revolves around two young poets, who vie for the affection of the same girl.

Both write poems for the girl and they decide between them that whoever's poem the girl likes will win the love contest. At the same time, the poets deal with other realities of life such as disease, poverty, compulsory work in mine fields and World War II. The Butterfly's Dream was released on CD and digitally released in the U.S. on Nov. 7, 2013. Composed, arranged and produced by celebrated Turkish artist Rahman Altın, the film's soundtrack also immediately topped Turkey's music charts after its release.

"The Butterfly's Dream" also won the Best Balkan Film award at the seventh Durres International Film Festival in Albania, the Best Film Music award at the 15th Milan International Film Festival, in Italy, the Public Choice Award in the 13th World Soundtrack Academy, in Belgium, and the 19th "Kral Türkiye Müzik," or "King of Turkish Music," award in 2013. The Butterfly's Dream is the most expensive film ever produced in Turkey.