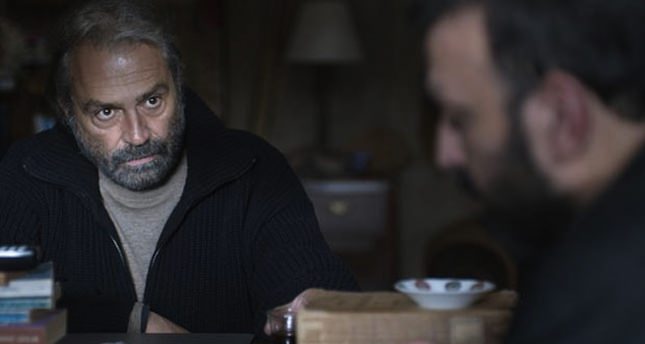 by AA
Nov 06, 2014 12:00 am
Gaziantep will host the International Zeugma Film Festival until Nov. 9 during which more than 60 short and feature-length films will be presented along with 19 documentaries and panel discussions. Speaking during the festival's launch event, Turkish actor Kadir İnanır said a country's happiness is dependent on its culture and arts. "I think Gaziantep is one of the star cities that forms the backbone of the Turkish economy," he said. İnanır criticized the huge amounts of money that are required to organize film festivals.

"Almost TL 4 million [$1.7 million] is required to come first among film festivals in Turkey. If you cannot do it through the power of media, believe me I will collect it for you. The most important thing is you should have an objective that will draw artists to Gaziantep. The more they come, the happier we will be," he continued. The acclaimed Yeşilçam actor said he is always ready to support cultural and artistic events. "You might occasionally observe conflict in a family whose members are involved in art. This is because they do not have time to make each other sad," İnanır said. Author Ahmet Ümit agreed with İnanır and highlighted the need to organize more festivals in the industrial city to revive culture and arts. He said that Gaziantep cannot become a "brand city" without cultural activities.