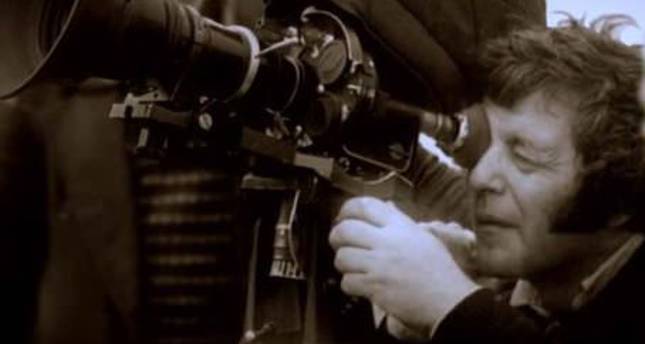 by Hakan Arslanbenzer
Nov 08, 2014 12:00 am
In film criticism, there is a director oriented approach to filmmaking called "auteur theory," in which the director is seen as the essential creator of a film. Originating in France in the late 1940s, the auteur was an outgrowth of the filmmaking theories of André Bazin and Alexandre Astruc. A foundation stone of the French cinematic movement known as "La Nouvelle Vague," or the New Wave, the theory of director-as-author was principally advanced in Bazin's periodical Chaiers du Cinéma. Two of its theoreticians - François Truffaut and Jean-Luc Godard - later became major directors of the French New Wave.

In Turkish cinema, the term "auteur" at first brings Metin Erksan, born İsmail Metin Karamanbey on Jan. 1, 1929 in Çanakkale, to mind. Sociologist and film critic Kurtuluş Kayalı says, "The auteur notion of the filmmaking science seems to have been produced for Metin Erksan. If you pronounce the word 'auteur,' you must mean Metin Erksan." Erksan has been referred to with such notions as creativity, authorship and self-vision. Whatever he tells in his films, he tells it in such a personal way that we should call it the Erksan way. Once he said, "The director is the omnipotent, he is the god-like king."

Most people don't know the author comes initially from writing in the situation of Metin Erksan. In 1947 when he was an 18-year-old high school graduate, he began his career by writing film critiques in daily newspapers and periodicals. He wrote his first movie script while he was attending university. This was an adaptation of a theater play named "Binnaz" written by the famous poet Yusuf Ziya Ortaç, which was filmed by Mümtaz Yener.

In 1952, Erksan graduated from the art history department of Istanbul University's Faculty of Arts. He was writing film critiques for the press at that time too. His first experience behind the camera was making two documentaries for the government. After that he wrote a screenplay and directed a special half-documentary film about Aşık Veysel, the famous blind folk poet and musician, called "Karanlık Dünya" (Dark World).

He also made a second film in the same year, "Dokuz Dağın Efesi" (Hero of Nine Mountains) which got him noticed enough in the market to allow him to make his own movies.

In a late interview, Erksan told a young producer about his formula for making movies: "You should make two-thirds of your film suit what the market asks for while the final third is yours, and you can do whatever you wish to do with it."

This doesn't mean that Erksan's films are not of high quality as he is an established creative auteur. Nor are his personal and artistic films elitist motion pictures that are only accessible by certain people. Erksan knows how to get his audience to feel enthusiastic about watching his films to the end. He is an auteur, but an auteur for a certain audience.

Until 1962 Erksan made some market films. Yet, we must stop for a while to praise a single film among them because it shows a certain aspect of the director's vision. This film "Şoför Nebahat" (Taxi-Driver Nebahat) tells the story of a female driver in a male-dominated work setting in the late 1950s Istanbul environment, which shows the special attention Erksan gave to struggling female characters for the first time in Turkish cinema history.

Metin Erksan never referred to himself as a feminist, and nobody has ever defined his approach as feminism in cinema. However, some of his female characters including Nebahat in "Şoför Nebahat," Nermin in "Acı Hayat" (Bitter Life) Fatma in "Kuyu" (Hole), Bahar in "Susuz Yaz" (Dry Summer) and the female Hamlet in "İntikam Meleği" (Angel of Vengeance) show enormous strength against torture, suppression and cruelty coming from either males or the conditions of life. This was peculiar in the cinema of the 1960s.

I think that Erksan is a unique feminist since he is openly praising the individual wishes and needs of female characters and their struggles to fulfill these in dramatic conditions. The peculiarity and uniqueness of these backboned females surrounded by harsh male domination and the spectator of the auteur knows that the female character has a natural right to resist against what she doesn't want to bear.

Erksan justifies or at least explains the sins or crimes committed by the mentioned unique females in his films. Fatma commits homicide, but the "victim" is her kidnapper, torturer and rapist. Nermin betrays her lover, but first her lover cannot provide her with the life she wants, and second, the other man rapes her. And Lady Hamlet portrayed by Fatma Girik in "İntikam Meleği" is the most interesting and scaring female projection of Metin Erksan.

Although he has been seen by many writers as being at the top of Turkish cinema as an auteur, Metin Erksan was not a collector of awards. On the other hand, one of his masterpieces, "Susuz Yaz," was nominated and won the Golden Bear for Best Film in the Berlin Film Festival. This was the only international award a Turkish filmmaker won before Fatih Akın's and Nuri Bilge Ceylan's winning awards in the 2000s. He won a few domestic prizes including Best Script for "Gecelerin Ötesi" (Beyond Nights) at the Turkish Films Contest in 1961, Best Directing for "Suçlular Aramızda" (Criminals Among Us) at the İzmir International Fair Film Festival in 1965 and Best Directing for "Kuyu" at the Adana Golden Cocoon Film Festival in 1969. Finally, the Antalya Golden Orange Film Festival jury gave him an honorary award in 1987.