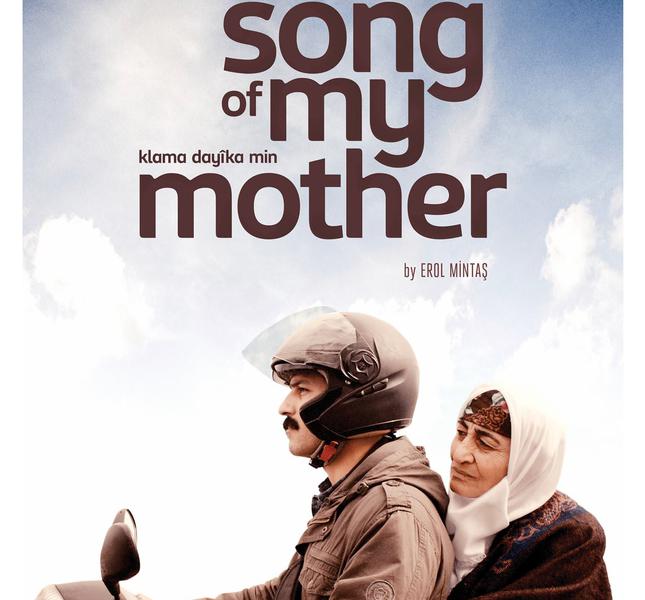 ‘Song of My Mother,’ the moving feature debut from Erol Mintaş, premieres in Turkish cinemas this week. Mintaş talked to Daily Sabah about his crowd-sourced film which won Best Film and Best Actor Awards at the 20th annual Sarajevo Film Festival

For many in the west, Toros is the name of a car model manufactured by the automobile company Renault. For Kurds, the word has more sinister connotations. During the 1990s, when the Turkish state imposed a so-called "state of emergency" (OHAL) regime to its own citizens, white-colored Toros cars were seen as bringers of trouble in eastern cities. Used by members of specially trained gendarmerie members, the cars would frequently materialize on a busy street before carrying suspected terrorists to their indefinite futures. The OHAL law provided the state with legal framework for restricting or suspending freedoms of its own citizens: curfews, abductions and street executions were all part of a violent war between the state and armed rebel groups. Thousands of citizens disappeared off the face of the earth through this atmosphere of war which the white Toros continues to symbolize to this day. Erol Mintaş's feature debut, "Song of My Mother," opens with a funny scene at a rural school in eastern Turkey in 1992. A gifted and energetic teacher is telling his preteen pupils a story about a crow that wants to be a peacock. He seems like the perfect teacher: clever, witty and entertaining. When the camera moves outdoors, the mood changes and the sight of a white Toros informs us about the impending danger. Military personnel wearing balaclavas take the teacher away amid the protests of pupils.

I asked Mintaş about his experiences from that era. "The story of this film is not entirely personal," he said. "It is a combination of eye witness accounts and my observations. The horrific atmosphere of the 1990s surely left marks on us, and also on my life. I was a child in the 1990s and I still remember feelings of uncertainty, oppression and helplessness. The opening scene of the film shows how daily life could suddenly change without any apparent reason. The feelings of emptiness and meaninglessness of such events turn, in time, into a mood of stubbornness and revolt."

Two decades later, the teacher's mother and brother are living in Istanbul where they struggle to make ends meet. They move from their house in Tarlabaşı to a distant part of Istanbul where they live in a modern apartment. Ali (Feyyaz Duman) teaches Turkish at a primary school and spends his weekends giving Kurdish language lessons at a special community institution in Tarlabaşı. There is a tense scene at the beginning of the film which shows the level of change from the JITEM mentality of the 1990s. The police officers search the building and their attitudes, although more polite, are still scary, given that they conduct the search in front of preteen pupils.

Mintaş acknowledges similarities between the film's protagonist Ali and himself. "We are not city people," he said. "If your family has lived in a city for generations then the feeling of fragmentation is less severe. But my life is fragmented in a way similar to Ali's."

The real protagonist of Mintaş's film is Ali's elderly mother Nigar. Played by Zübeyde Ronahi, Nigar embodies the spirit of Saturday mothers, mothers of people who disappeared by security forces mostly during the 1990s. Nigar wants to return to her village, finding their life in a modern Istanbul apartment devoid of life and meaning. Ali struggles to find albums of her beloved dengbej singers from the flea market in order to please her.

Saturday mothers convened for the 500th time at the end of October this year and I asked Mintaş whether the timing of his film's release was a nod to them. "It is pure coincidence, I was not even aware of this," he said. "My film is nothing compared to the struggle of Saturday mothers. It documents the life of a Saturday mother and there is a connection between Nigar and all other mothers of those who disappeared. When she lives in Tarlabaşı at the beginning of the film Nigar can come to Galatasaray square every day and meet other mothers. When they move to a distant part of the city, however, she is cut from her friends."

The film also portrays Ali's complicated relationship with his girlfriend Zeynep, played by Nesrin Cavadzade. News of Zeynep's pregnancy rubs Ali the wrong way and he seems overwhelmed by the added responsibilities of his life roles as teacher, son and prospective father.

Mintaş's crowd-sourced film won best film and best actor awards at this year's Sarajevo Film Festival and many in the film community wonder what his next project will be. "I work on two different stories at the moment," Mintaş said. "One of them is a script, the other is still at treatment stage. I am not in a hurry. I will see in time which will prove more interesting and make it my next film."