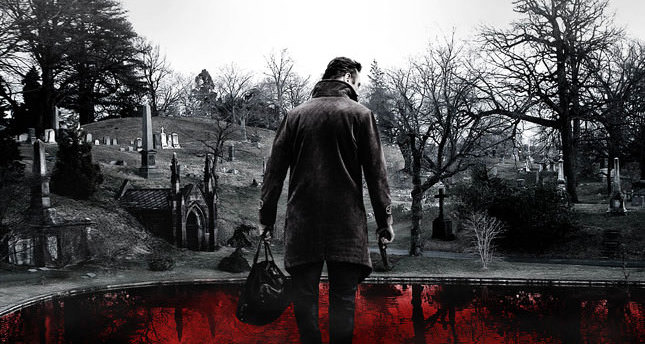 'A Walk Among the Tombstones'

The American crime-thriller is adopted from the bestselling book of the same name written by Lawrence Block and directed by Scott Frank. Matt Schuder (Liam Neeson) is an off-duty police officer who now works as an illegal private investigator. He is hired by a drug kingpin to find who murdered his wife. Neeson previously starred in "Taken," "Taken 2" and "Unknown." He will now try to stop two murders in the back streets of New York. It also stars Liam Dan Stevens, Boyd Holbrook and Sebastian Roche.

'Dumb and Dumber To'

Directed by Bobby and Peter Farrelly, the American comedy film stars Jim Carrey, Jeff Daniels, Laurie Holden and Rob Riggle. As the official sequel to their 1994 production, "Dumb and Dumber," Carrey and Daniels reprise their legendary roles as "Lloyd Christmas" and "Harry Dune." The Farrelly brothers present the humorous adventure of Lloyd and Harry, who set off to find Harry's long-lost daughter.

'Evliya Çelebi: The Fountain of Youth'

The Turkish animated comedy-adventure film is directed by Serkan Zelzele and voiced by Haluk Bilginer, Ahmet Kural and Murat Cemcir. The film is set in the 17th century when Ottoman wanderer Evliya Çelebi is searching for the fountain of youth and finds it near the Nile River in Egypt. However, an evil queen destroys his happiness and sends him through time to modern day Istanbul. He then befriends 10-year-old Can, a clever and smart boy, for an extraordinary adventure.